The Queen has described the loss of her husband Prince Philip as having ‘left a huge void in her life’, stated by her son Prince Andrew.

After 73 years of marriage, the Queen and the royal family are mourning the loss of Prince Philip, Duke of Edinburgh. Prince Philip passed away peacefully on Friday morning at Windsor Castle.

After a special service was held for members of the royal family, Prince Andrew, the Duke of York revealed his family were at a great loss after the death of his father. 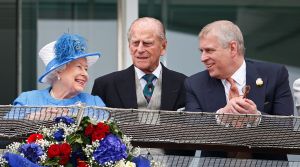 “I think the way I would put it is we’ve lost almost the grandfather of the nation and I feel very sorry and supportive of my mother who is feeling it, I think probably more than anybody else,” he told reporters outside the Royal Chapel of All Saints at Windsor Park.

“The Queen as you would expect is an incredibly stoic person and she described his passing as a miracle.”

“She described it as having left a huge void in her life, but we, the family, the ones that are closer, are rallying around to make sure that we’re there to support her.”

An outpouring of love and admiration are coming from the royal family with Prince Edward, Prince Philip’s youngest son, saying “It’s still a dreadful shock and we’re still trying to come to terms with that and it’s very, very sad but I have to say that the extraordinary tribute and the memories that everybody’s had and has been willing to share has been so fantastic.”

Princess Anne, regarded as Prince Philips unofficial favourite child, was the last to publicly speak out saying, “My father has been my teacher, my supporter and my critic, but mostly it is his example of a life well lived and service freely given that I most wanted to emulate.”

“I would like to emphasise how much the family appreciate the messages and memories of so many people whose lives he also touched. We will miss him but he leaves a legacy which can inspire us all.”

Love this? You’ll love this bit from Will & Woody – catch the boys weekdays from 4PM on KIIS 1065
Prince Philip Royal Family The Queen