They’ve been plagued by divorce rumours, but Ellen DeGenere and Portia De Rossi looked happy as ever as they celebrated their six year wedding anniversary.

Taking to Twitter, Ellen shared a pic with fans of Portia’s anniversary present – which she had quite literally taken to the skies to declare.

The star celebrated the occasion with the word “six” spelled out in skywriting.

And if this happy snap is anything to go by, we expect there will be plenty more anniversaries to come!

Look what my wife did for our wedding anniversary. Six!” pic.twitter.com/x97HmvnG6Y 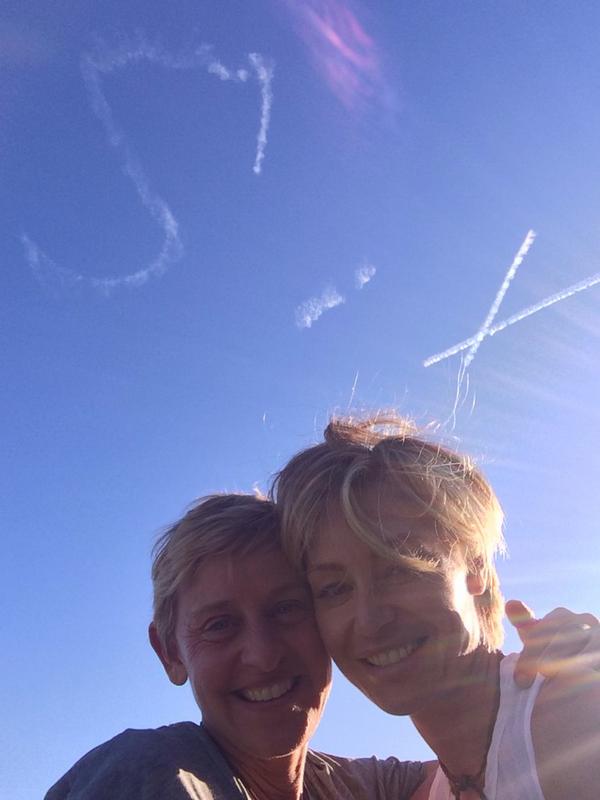