Perez Hilton has been doing what he does for a long time now; 12 years in fact. No stranger to a little controversy, Perez is back at it, feuding with no other than Angelina Jolie, it seems.

News broke recently that Angelina had set her lawyers on Perez Hilton “When they broke up, I released a video and I was crying authentic, legitimate tears.

“What they had issue with was an article we published saying at the time, Angelina Jolie was not letting Brad Pitt see the kids, like immediately after the split. We believed that to be true at the time. If I thought that was not accurate, I would not have published it. “In America, that’s the law, you have to truly believe what you’re publishing is true.”

“I believed it to be true, so I published it.” @PerezHilton on publishing story about Brad and Angelina’s split. #KJshow #KIIS1065 pic.twitter.com/yeWM2Ji25x

“My real issue, was instead of sending a lawyer to me, saying that I have caused her harm, suggesting not just that I take it down, but that I put something new up, apologising, I would have preferred that her publicist approached me, or even a lawyer with a different tactic, saying that it wasn’t true. A more kind and thought-out approach.”

“They didn’t just want it taken down, they wanted a new piece apologising. I responded in a very dramatic, OTT way.” @PerezHilton #KJshow pic.twitter.com/1l83Wd4RFA 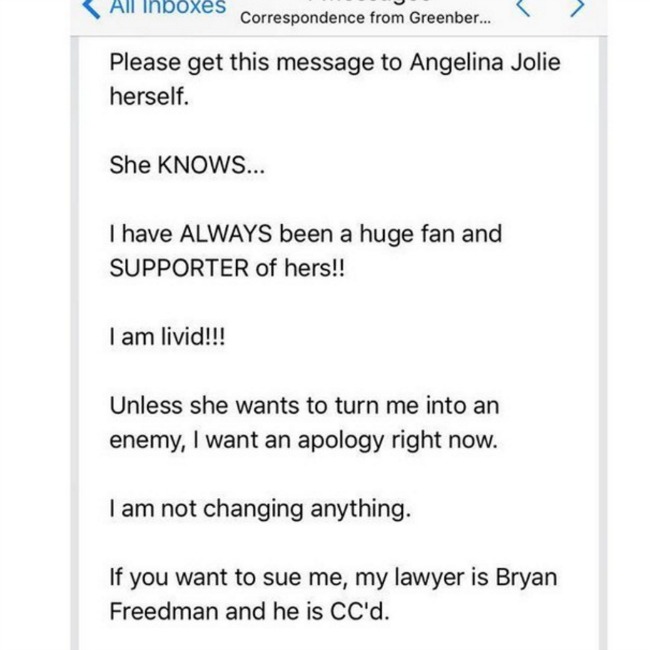 “So instead of being afraid of them – and here’s where I like to get real honest with you guys – before replying, I didn’t just instantly reply, I sat down for a minute and thought, ‘okay what I did was right, I’m protected under the law, and secondly, is Angelina Jolie REALLY going to sue me? Most likely not.

Then Perez had an update for us!

“I have an update for you! The legal team did not respond, but her crisis management expert got back to me – and apologised!” @PerezHilton pic.twitter.com/5EIF9VgfYi

“The legal team did not respond, but her crisis management expert did – and apologised!”

Dossier Proves How Jackie Cheated On Her ‘Fat Club’ Diet

Why Kim’s Former Bodyguard Is Happy Security Wasn't There