Olivia Newton-John is Australia’s sweetheart. The ‘Grease’ star has lived a blessed existence, but has had her fair shares of ups and downs. Her partner Patrick McDermott famously faked his own death in 2005, before authorities found him alive and well living in Mexico a few years later.

Newton-John’s daughter, Chloe Lattanzi has always been a bit of an enigma. She has reportedly battled anxiety, as well as a drug and alcohol addiction – and has also suffered from anorexia. 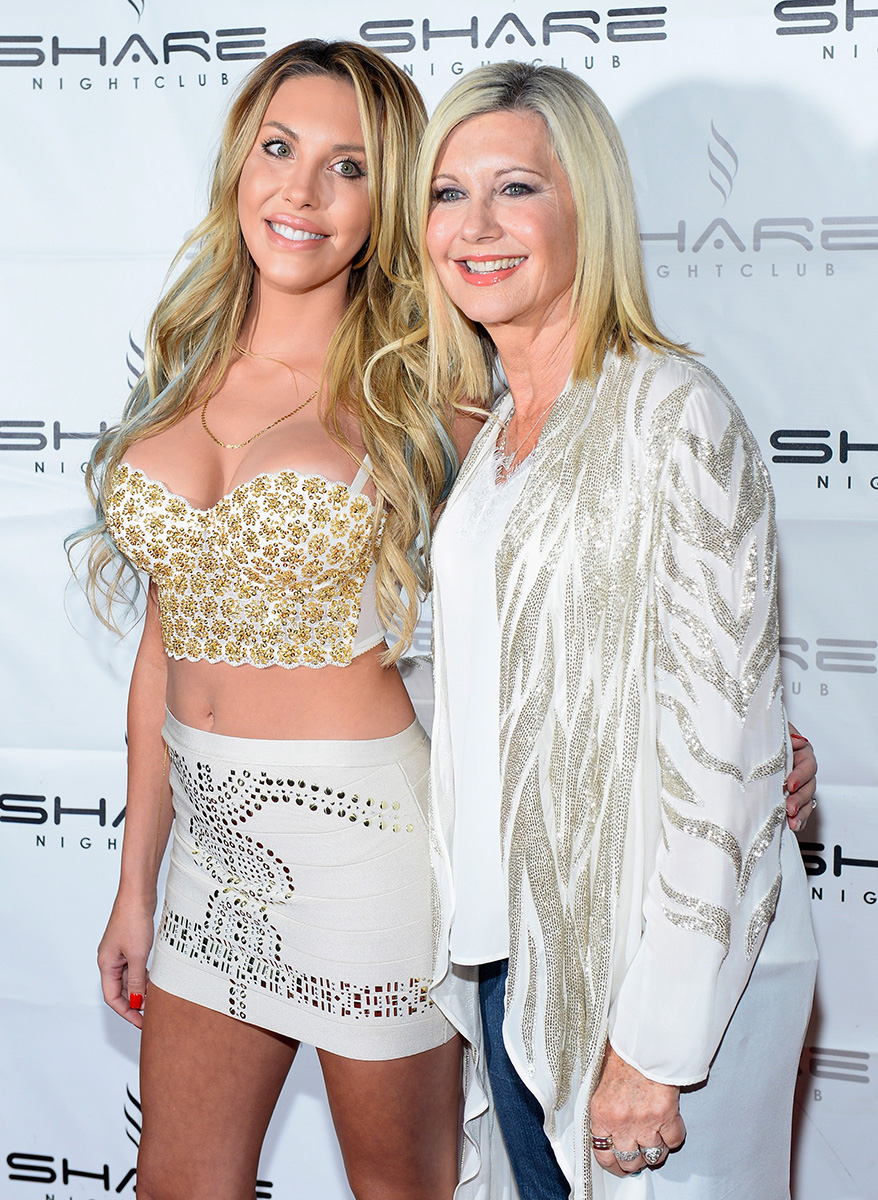 In the past, Lattanzi has said that she blames anxiety for her problems with anorexia, cocaine, alcohol, and antidepressant abuse, even admitting she’s often been high in front of her mum, Olivia Newton John.

Now, Chloe has surfaced on a red carpet in Las Vegas with her mother and the pair’s partners, at the 5th anniversary of Xanadu with World Premier Music video of ‘You Have To Believe’.

Tonight was amazing! Thank you so much share nightclub! And all who came out to support me and mama! I love you! #vegas #pop #celebs #redcarpet

The 29-year-old showed off a large engagement ring from fiance James Driskell and cuddled up to her mum, posing and showing off her toned body, which she credits to Tracy Anderson’s workout regime.