Noah Cyrus is a lil bizarre, so this shouldn’t come as too much of a shock – but she’s really out here selling her tears in a bottle.

Noah Cyrus has collaborated with merch lords, Pizza Slime (or as they refer to themselves, ‘The F*cking Oficial Pizza Slime Store‘) to create her own line.

Following the theme of her EP, Goodcry, most merch items reference sadness, including tees, hoodies, trackies and more.

Sprinkled in the collection, blink if ya miss it, is a weird vile that claims to have ‘at least 12 tears’ from Noah, herself. 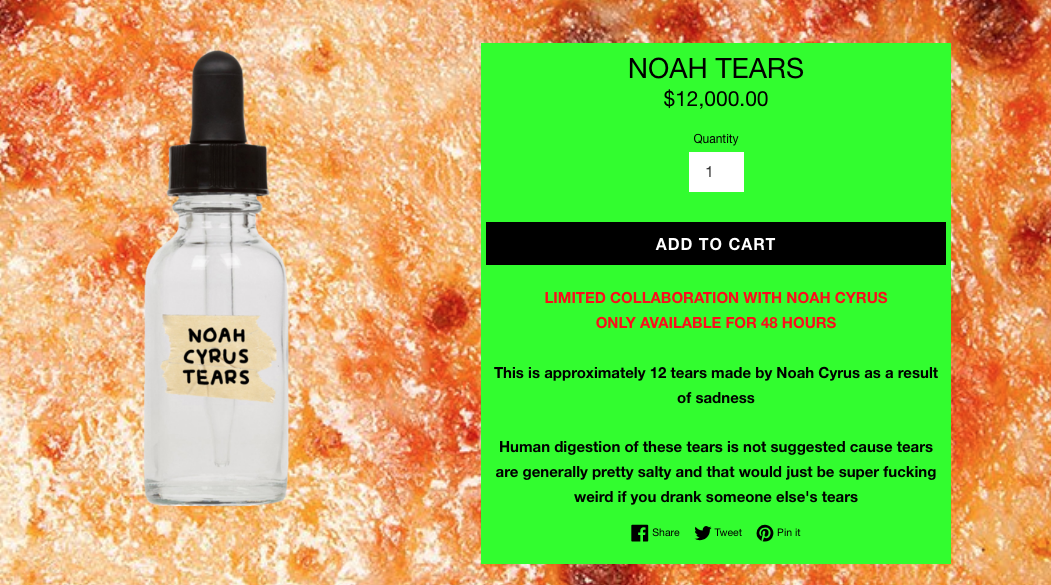 TBH, you’re better off opting for the $10 mug and crying into it yourself

What a stitch up