Is there anything more exciting than guessing who’s silly enough, I mean, brave enough, to go into the jungle?

A new promo for I’m A Celebrity… Get Me Out Of Here! Australia aired during The Project last night, giving away tantalising tidbits for the 2017 series.

Apparently, there’ll be a world famous pop diva heading into the wilderness, who will be joined by models and sports stars.

The new promo starring co-hosts Dr Chris Brown and Julia Morris shows the pair talking about the guests set to check into the fictitious Get Me Out Of Here Hotel. 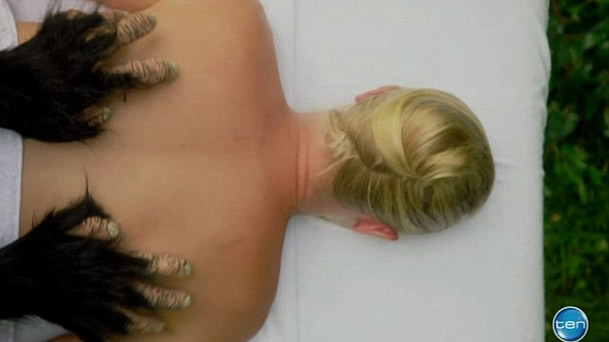 ‘One of Australia’s hottest models,’ the Bondi Vet is heard telling his co-star, as an identified blonde is seen getting a massage by furry hands before running off.

Who do you think it’ll be?!