More than a dozen Australians are reported missing after the devastating earthquake in Nepal that has claimed more than 1300 lives.

Since the 7.8-magnitude earthquake hit on Saturday, families have been putting the names of missing loved ones on The Red Cross’s Family Links website (donations can also be made via the link).

On Sunday morning, there were more than a dozen Australians on the list.

The earthquake caused the collapse of buildings and landslides in trekking areas. According to a report on news.com.au, around 700 Australians were registered with DFAT as travelling to Nepal, including 20-year-old Balantyne Forder from Perth, who hasn’t been heard from since the earthquake.

“She’s been over there working at baby orphanages for seven weeks,” her sister Amanda-Sue Markham told The Sunday Telegraph.

“She is due to come home on May 31. She gave everything up to over there and help the kids.”

“She’s been in Kathmandu and Pokhara but we don’t know where exactly she is right now.

“We’ve all been praying together for her,” she said.

Billie is missing in Kathmandu. Was working in an orphanage. We still haven’t heard any news of her. #Napal pic.twitter.com/QuKE0A3ogO

“The family is sitting around the computer trying to get in touch and just looking for information. I’m shaking. She is such a beautiful, adventurous kid. But she is on her own pretty much because she was travelling alone.

“We are just hoping that she is OK and that she can’t contact us because all the lines of communication are down.”

“Please. Anyone who is awake, please pray for my little brother Zachary who is on Mt Everest,” he tweeted.

“I’d appreciate every prayer you have spare.”

Please. Anyone who is awake, please pray for my little brother Zachary who is on Mt Everest, I’d appreciate every prayer you have spare x

Other people from Melbourne, Brisbane, South Australia and Tasmania are also on the Red Cross list.

Aid agencies including Oxfam are already sending teams to Nepal to help in the aftermath of the country’s deadliest earthquake in more than 80 years.

It was so powerful, the report says, that it was felt in the northern part of neighbouring India, Bangladesh, Pakistan and Tibet, where it’s said a total of 50 people have been reported dead so far.

Mount Everest was also affected by the quake and among the 13 reported to have died there is Google executive Dan Fredinberg. Known as ‘Google’s Adventurer’, Fredinberg was the head of privacy for Google X, the company’s top secret ideas lab.

This is Dans little sister Megan. I regret to inform all who loved him that during the avalanche on Everest early this morning our Dan suffered from a major head injury and didn’t make it. We appreciate all of the love that has been sent our way thus far and know his soul and his spirit will live on in so many of us. All our love and thanks to those who shared this life with our favorite hilarious strong willed man. He was and is everything to us. Thank you.

Oxfam Australia chief executive Helen Szoke says a group of disaster specialists from the UK is flying in with supplies and donations can be made here.

“People are gathered in their thousands in open spaces and are scared, as there were several aftershocks,” Dr Szoke said in a statement.

“Oxfam staff in Nepal, along with thousands of others, are sleeping outside tonight in football fields and other open spaces because they are the safest place to be.” 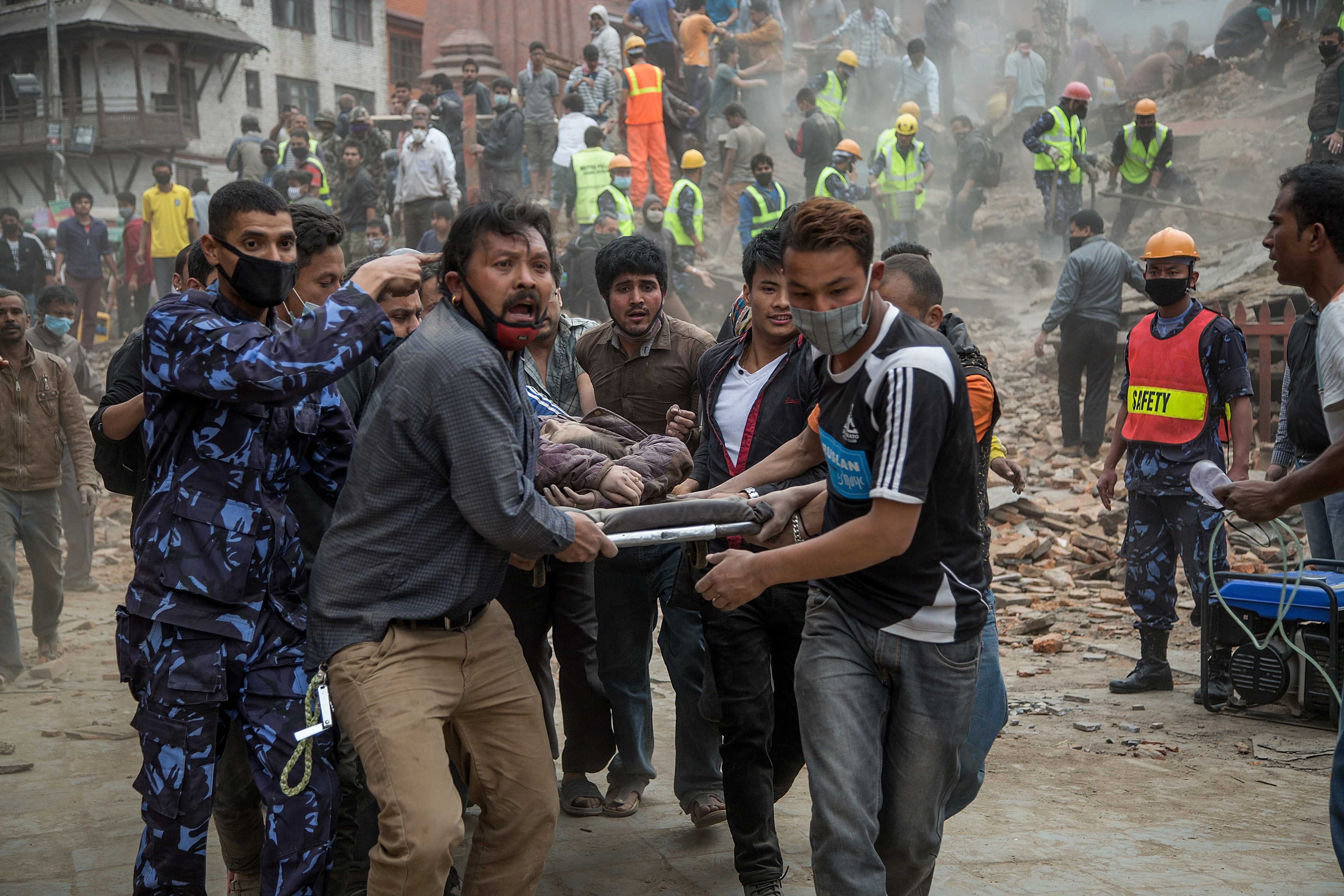 The Department of Foreign Affairs and Trade is yet to release a statement about any Australians who might have been caught up in the disaster.

The federal opposition has called on the Abbott government to offer every assistance towards the recovery effort in Nepal.

“Labor has asked the government for urgent advice about the safety of Australians reported to have been in the area at the time,” Opposition foreign spokeswoman Tanya Plibersek said in a statement on Sunday.

New Zealand says it stands ready to assist with financial and practical help, after authorities confirmed that about 100 Kiwis in Nepal are safe and efforts to contact others continue.

World Vision has also set up a donation fund in the aftermath of the the disaster, which can be found here.