A Reddit user has posted a horrendous photo that seemingly depicts the body of a dead, mummified RODENT stitched into the lining of a new dress.

You can just about make out what looks like the tiny creature’s paw peaking out out of the poorly-hemmed garment in the now-deleted picture.

We have so many questions: Where did the dress come from? How did the mouse get there? What was his name? 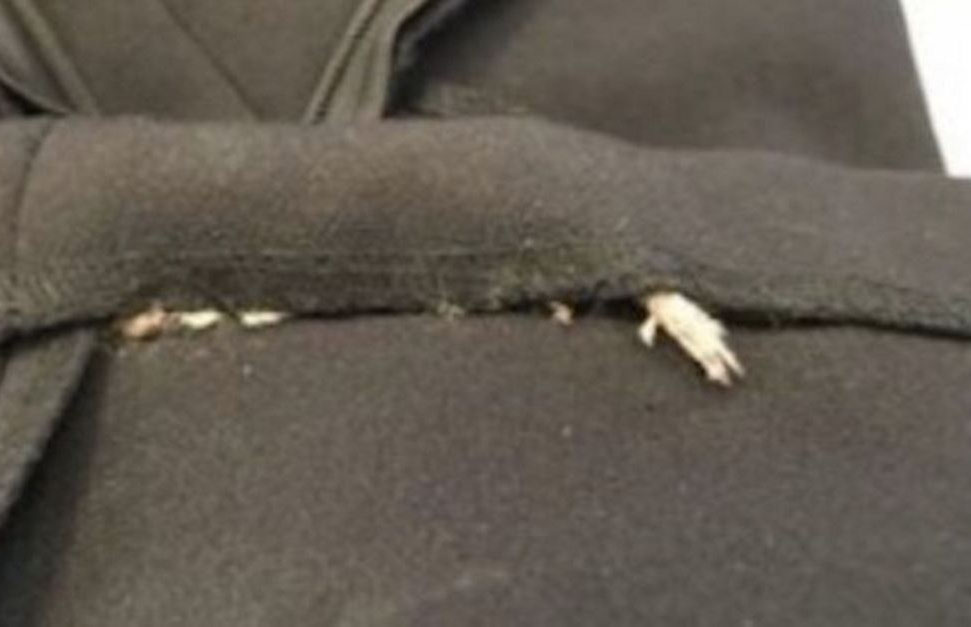 The post prompted other users to contribute their own disgusting animal-related stories, with ResurrectedToast writing: “My friends daughter found a mouse sewn into her pillow a couple of years ago.

“She used the pillow for months before the smell started. It was wrapped in the stuffing so the smell had been “contained”, then one day it shifted and the smell was so bad she puked.”

Another Redditor, Throwawaynamewhatev, described the time he and his friend “went and bought a feeder mouse at Petco that we were going to release into the wild somewhere.

“Well, as soon as we got back into his car we took it out and it promptly escaped and ended up dieing in his vents. Cue us driving around all winter with the windows down.”

If anyone needs us, we’ll be checking every pillow/ dress/ car vent we can find.