You do NOT think of pole dancing.

But one Mum-to-be decided to flip what we all thought of childbirth on its head and POLE DANCE her way through labour. 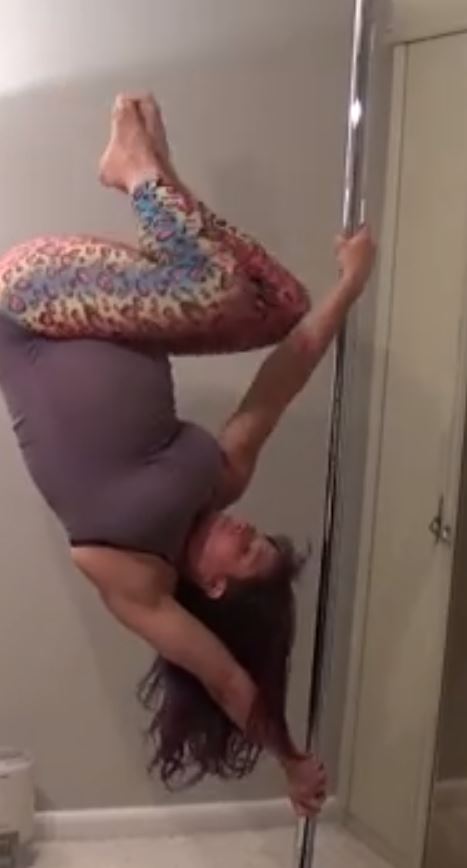 Kat Bailey, from Nottinghamshire in the UK, has posted a video of her spinning, hanging and doing the splits mid air after her waters broke and as she was experiencing contractions.

Kat used to be a university lecturer but has since become a pole dancing instructor, so its safe to say she knows what she is doing.

Kat posted alongside the video saying, “So…I’m officially in labour 🙂 Got a few hours before we go to the hospital so thought I’d do some pole between contractions!”

That’s one way of passing the time!