Aussie drivers have been left arguing among themselves after a relatively simple road rule quiz asking which of three cars has the right of way at an unmarked intersection.

The Department of Transport in Western Australia posted this image to their Facebook page and asked: ‘In what order do the cars need to go?’ 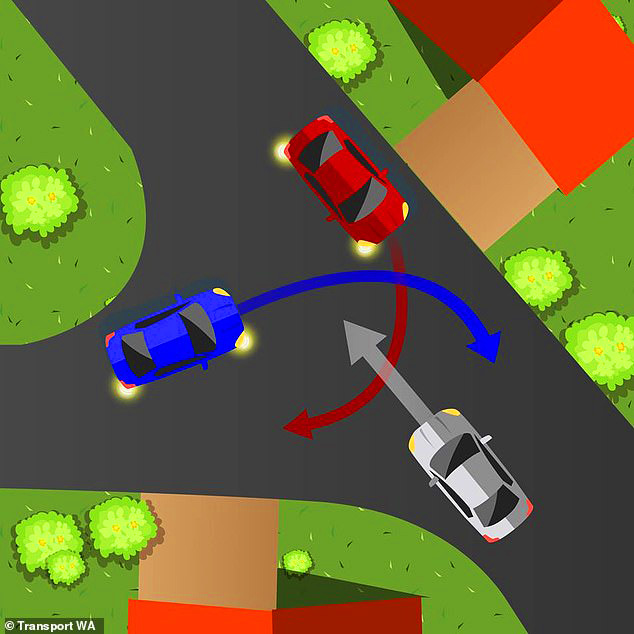 While there are no line markings on the road, each car has indicators and arrows showing where they intend to drive.

After much heated debate online, Transport WA revealed the answer.

‘Great to see so many of you get this one right!’ Transport WA said.

‘The order is grey, red and blue. At a uncontrolled three way intersection you must give way to all vehicles travelling on the continuing road.

WHO HAS THE RIGHT OF WAY?

As there are no clear lines or signs on the road, the intersection is an ‘uncontrolled three-way intersection’.

The correct order of cars is first silver would go straight, then the red car would turn right before lastly the blue car turns right.

At an uncontrolled three-way intersection, cars that are turning must give way to all vehicles travelling on the continuing road.

This means the red and blue car must give way to the silver car first.