While many people were focusing on placing their bets and making sure their intricate fascinators stayed in place, one reality TV star was concentrating on more serious things about his future at yesterday’s Melbourne Cup event.

Sean Hollands, a fan favourite from last year’s season of Married At First Sight, has finally found his happily ever after after proposing to his girlfriend Roslyn Buerckner while out at the Cup celebrations.

And thankfully, she said YES!

In the footage, Sean is seen dressed up for the occasion, looking incredibly dapper in a white dress shirt, grey plaid jacket, beige trousers and red tie, finishing up the look with his Akubra hat.

As he bent down to one knee at Flemington racecourse to present Roslyn with a diamond ring, Sean is absolutely beaming from ear to ear.

Roslyn, dressed in a flowing red gown and matching fascinator, excitedly accepts the proposal before leaning in for an embrace with her now finance.

Sean later posted a photo of the ring to Instagram and thanked everyone who helped him make the special occasion happen in the caption.

Melbourne cup day. @roslynbuerckner said yes. Couldnt ask for a better day and how it all come together . Its a story in itself what the day means. There is so many people to thank you all know who you are. In keeping the secret and helping the day come together. #flemington #races #melbournecup #melbournecupcarnival #country #instagood #shesaidyes #marryme #thoroughbred #beautifulring #diamonds #roses #blendedfamily

“Couldn’t ask for a better day and how it all come [sic] together. It’s a story in itself what the day means,” he wrote. “There is so many people to thank you all know who you are. In keeping the secret and helping the day come together.”

Sean and Roslyn first began dating publicly in February when Sean introduced her to the world during an interview with Nine’s A Current Affair.

When Sean appeared on Married At First Sight in 2017 he “married” Susan Rawlings. The pair grew fond of one another rather quickly but ultimately ended up breaking up due to the long distance between their homes and the remoteness of Sean’s farm. 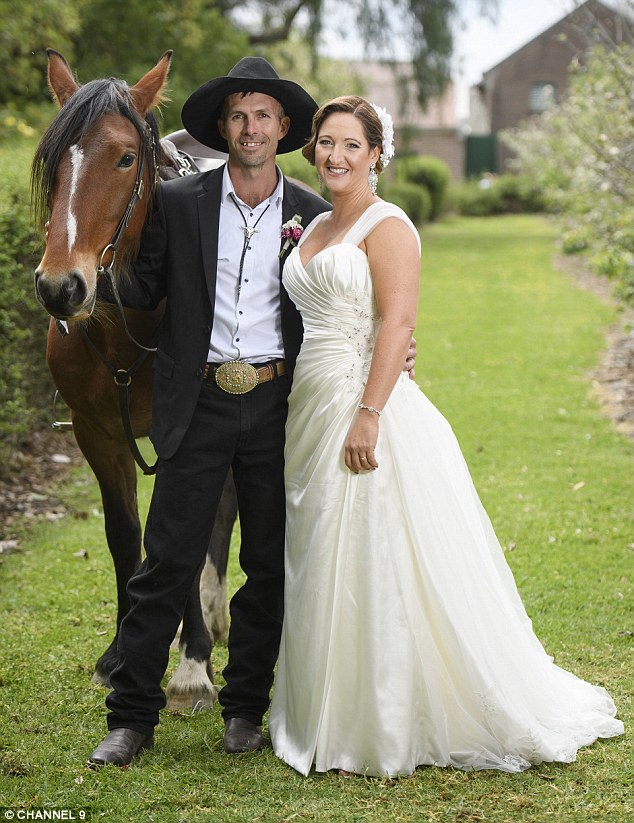 While Sean was left heartbroken at the time, it seems our season fav will finally get his happily ever after as he walks down the aisle for real.