For some reason people who enter the reality TV world can’t seem to find love with anyone outside this bubble.

While earlier this week we heard Married At First Sight’s Cyrell had been caught out hooking up with Love Island’s Eden, we now have another rumoured reality TV romance.

Ines Basic, who was cast as the first villain on this season of MAFS, has been rumoured to be dating someone new after she posted a suspect picture to her Instagram story.

The rumours began after Ines posted a mirror selfie to her Instagram story wearing a black bra and long workout shorts.

The caption read, “I’m looking for the location of where I left these shorts that actually belong to @marthaa_k brother I really miss them”. 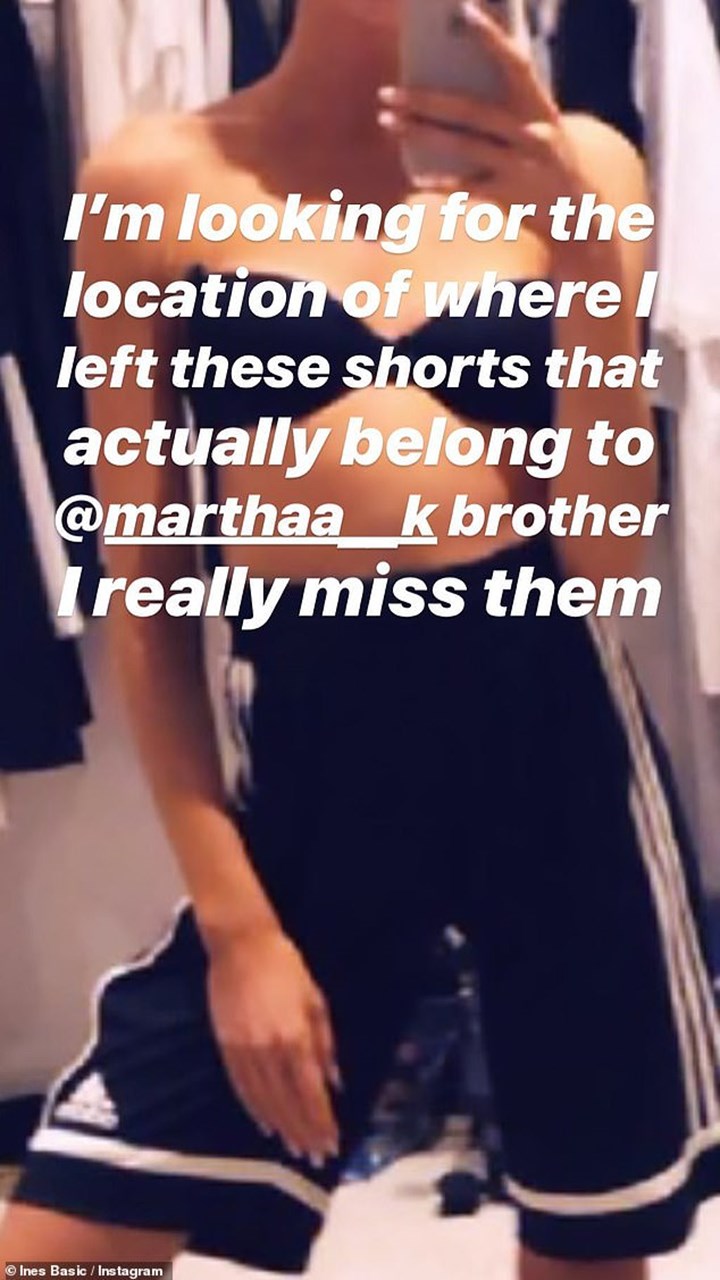 Why else would Ines be wearing Martha’s brother’s pants unless she, you know, let him into hers…? We guess it could be innocent but knowing Ines we kinda doubt it.

This comes after Ines has been posting savage jabs at her ex MAFS fling Sam Ball on her insta story after the tradie claimed their cheating storyline was completely manufactured for the cameras.

She blasted these comments without any shame, claiming voluntarily performed a sex act on her for four hours.