Rumours have been swirling that they are embroiled in a bitter feud.

But when Manu Feildel chatted exclusively to Kyle and Jackie O on Friday, the French chef SHUT DOWN rumours he is feuding with his My Kitchen Rules co-host Pete Evans.

“We hate each other,” the 42-year-old joked, quickly adding: “No we’ve been mates for 17 years, nothing can break us apart!

“We’ve pretty much brothers from another mother.” 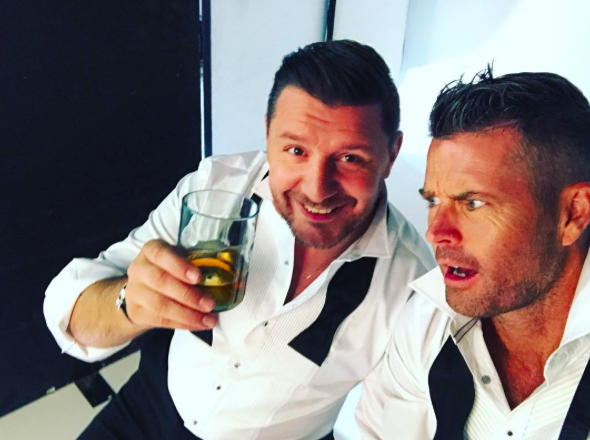 It was reported in Monday’s Woman’s Day that the tension is ‘so bad’ between Manu and Pete, 43, that they are forced to travel separately.

The magazine said that in December ‘they travelled to Perth and onto Broome, and on both the inbound and outbound flight they travelled separately,’ according to a source.

My Kitchen Rules begins Monday night at 7:30 PM on Channel 7.

Charlie Sheen Reveals How ‘Two And A Half Men’ Fired Him

Kris Jenner Reveals Whether Khloe and Lamar Will Reunite