A British postman has eaten nothing but McDonald’s for weeks to prove that the amount of calories you eat is more important than what you eat.

Ryan Williams spent $27-$36 daily on McDonald’s for a month, and made sure he ate everything on the menu at least once.

On top of eating solely McDonald’s, the 29-year-old spent an hour at the gym every morning during his October challenge.

The result? The buff postie lost 7kg, and just over two per cent of body fat.

Ryan Williams documented the experience daily on his YouTube channel, explaining that he always “wanted to do this… but never found the right time.”

“Recently I saw an advert for 50 years of Big Mac, and it made me think that there’s quite a lot of negative feeling towards McDonald’s, with regards to it being unhealthy.” 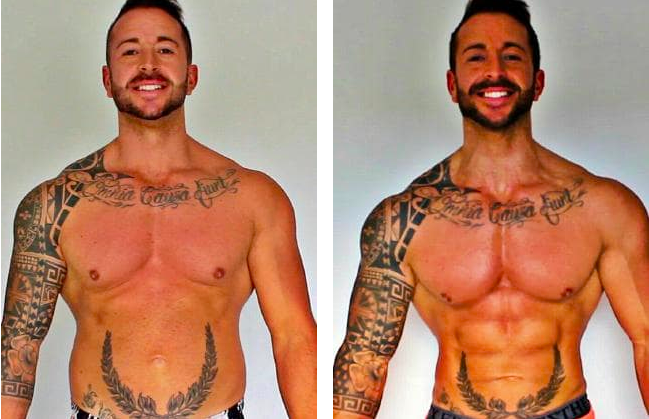 In 2004, Morgan Spurlock ate 5000 calories worth of McDonald’s without exercising, leaving him 12 kilos heavier with various health issues.

The Brit replicated the challenge but made sure he ate the average male’s calorie intake worth of McDonald’s and exercised.

“Ever since I saw Super Size Me, I thought that the way he (Morgan Spurlock) did the experiment, was unfair. He ate 5000 calories a day and didn’t do any exercise. I didn’t feel like it was a surprise he became so unhealthy,” he said.

“It’s obvious that calories are quite important, but the average Joe doesn’t always know how to balance the recommended calorie intake with staying in shape.”

However, the 29-year-old has made it clear that eating solely McDonald’s isn’t necessarily a healthy way of living – he simply wanted to show that it is purely a calorie game, as opposed to the types of food you eat.

Williams began the challenge eating the recommended calorie intake (2,500 calories for a male adult) but dropped down to 2,300 after the second week. In the final two weeks of the challenge, he dropped his calories even further, depending on how his weight and body fat index was at the time.

“On a couple of days I would eat only one item off the menu – so, for instance, I would live on just Big Macs for a day, or just McFlurrys for a day,” he said. “I just hope that people see this and see the lightheartedness in it, and learn to worry less about the types of food they eat.”

So… who’s up for some Maccas today?