Madonna has a reputation for raunchy on-stage kisses but this one didn’t quite go the way she may have hoped.

Canadian singer / rapper Drake looked horrified after he received the unexpected french-kiss from the 56-year-old while at Coachella. 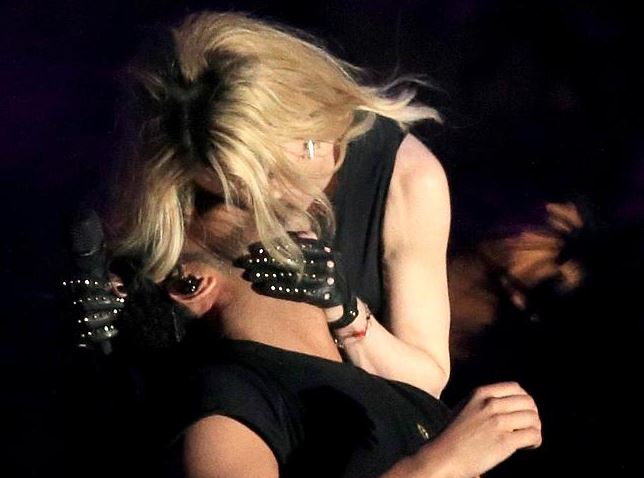 The pair made out for at least 3 seconds, but the whole thing gets more and more awkward the longer it goes on.

Drake is seen wiping his mouth afterwards and on the verge of tears!

So @Drake proves that kissing @Madonna is about as ghastly as I always imagined it would be: http://t.co/dsM7izOvoQ

before & after Madonna stole Drake’s soul through a “kiss” 😂 pic.twitter.com/OAYMJQCFkW

When you thought your grandma will kiss you in the forehead but instead… 😂😂#madonna #drake pic.twitter.com/yKmJtr1lZS