The ‘Hunger Games’ actor, who split from former fiancée Miley Cyrus in late 2013, was spotted being very affectionate with his ‘Independence Day: Resurgence’ co-star a party in Los Angeles last weekend.

A source said: “His hand was on her butt as she was grinding into him and they were making out at the bar. Liam was draped all over her. It was so PDA and in-your-face!”

While the duo appeared to be extremely comfortable together at the July 4 bash hosted by director Roland Emmerich, another source close to the 22-year-old actress insists their romance isn’t serious yet.

The insider told Us Weekly magazine: “They’re not official. But their chemistry is ridiculous!”

The rumoured new couple were also seen buying drinks at a café in Malibu on Tuesday (07.07.15).

While Miley, 22, recently started dating Victoria’s Secret model Stella Maxwell after confirming she is bi-sexual, Liam hasn’t been seriously linked to anyone since their break-up. 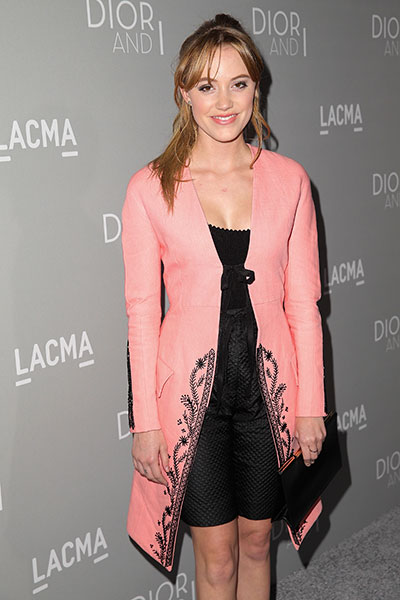 Actress Maika Monroe attends the premiere of The Orchard’s ‘DIOR & I’ at LACMA on April 15, 2015 in Los Angeles, California.