Where do we even start…

So all of our listeners should be aware of the game that the Kyle and Jackie O show play once a week, Who Do You Believe.

It sees Kyle and Jackie go head to head to try and convince one contestant that they have a real item in studio while the other has a fake item.

Of course Kyle and Jackie are pretty darn competitive so there’s no doubt that this game usually get’s, shall we say, messy. But today has to have been the best, funniest, most disgusting version we’ve ever seen!!

Jackie was up first today and she really had to put her acting skills to the test as she had the fake item this time around. She had to convince the listener that she had a jar of one of the producer’s urine with her in studio.

Now, while we admit that she did a pretty convincing job, it was no match for what was about to happen. And that’s because Kyle new that he could catch Jackie out in a lie by bringing the most disgusting item into the studio that he could possibly think of.

“Can I pass you a photo of something over before I get my item out?” asked Kyle as he handed Jackie a photo he’d taken the day before during a trip to Zambi Wildlife Retreat.

“It’s of a lion and the lion is doing a poo,” said the unsuspecting Jackie when suddenly it clicked. She knew that Kyle had the real item and so that could mean only one thing…Kyle had brought an actual Lion’s SHIT into the studio!!

This was Jackie’s face during the moment of realisation! We’ve never seen such horror in someone’s eyes before. 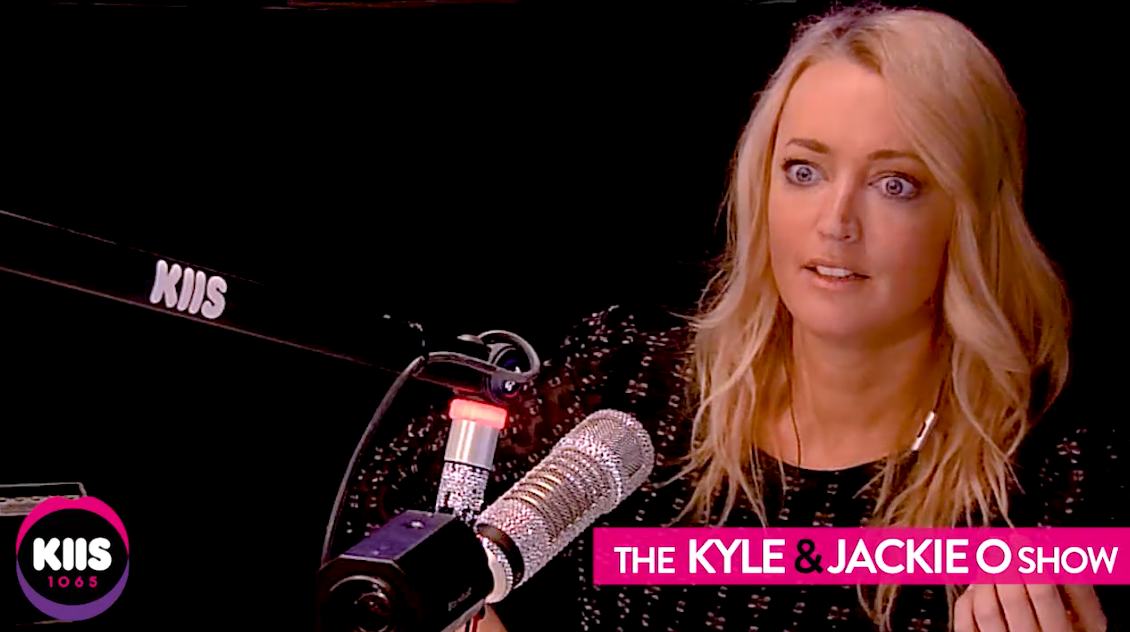 And TBH we don’t blame her. The sheer size of the dropping was enough to make someone want to gag. But that wasn’t enough to convince our listener that Kyle had the real item. She wanted Kyle to take the lion turd over to Jackie to see if she’d react and well, this is when things went from bad to worse.

Even Jackie’s acting skills couldn’t mask her utter TERROR in this situation! It even lead Jackie to shout, “I QUIT!! YES, I QUIT!!”

But it wasn’t just Jackie that copped the shit, yes literal shit, from Kyle. Brooklyn was dealt one large dose of lion poop when he tried to say that it surely couldn’t smell that bad! (Hint: he was wrong)

Seriously, do yourself a favour and watch the whole thing go down in the video above!

Guy Drinks His Own Urine For It’s Apparent Health Benefits

Scott Cam Explains Why He Changed His Name