We’re constantly Keeping up With The Kardashian’s, whether it be on their reality TV show of the same name or through their social media channels, but if we had to choose one of the Kar-Jenner sister’s that we know the least about, we’d have to choose ol’ Kenny.

Kendall Jenner really does live the private life, or at least as private as you can when you’re part of the Kardashian Klan, in the sense that she’s never really the one to confirm details about her dating life and is constantly keeping us guessing.

Recently it’s been rumoured that the second youngest Kardashian is dating Aussie and professional basketball player for the Philadelphia 76ers, Ben Simmons.

But while the pair have been spotted together on and off and Kendall has been seen cheering Ben on at multiple 76er’s games, it’s never been confirmed that they’re actually an item.

That is until now! (Sorta…)

This morning Kyle and Jackie O chatted with the matriarch and momager to the family, Kris Jenner, when they decided to ask what the heck was up with Kendall and Ben.

Of course, having chatted with Kris in the past, we knew that she was the absolute QUEEN of dodging questions that are guaranteed to make a headline and so we knew that if we wanted to find out some deets, we’d have to try and bait her into it.

And so this is how Jackie brought up the topic on air this morning.

“Oh they look good together,” added Kyle. “They were seen together yesterday. I don’t know if you know what’s going on because she’s a bit under the radar Kendall.”

So basically we set it up assuming that the reports are true and leaving the door wide open for Kris to either jump on board (and seemingly confirm the rumours) or deny them.

And this is what she had to say!

“That’s her, she just kind of likes to do her thing,” she said about Kendall’s privacy.

“You know when you come from a big family with a lot of sisters and brothers and everything else going on, I can’t even imagine what that commentary must feel like and they’re all weighing in on everyone else’s stuff.

“She’s just such a great person…And so I just want her to be happy and just have that smile on her face,” Kris added.

Hmm you mean a smile like this one Kris? (Which incase you don’t know, is a pic of Kendall sitting next to Ben’s mum watching his basketball game.) 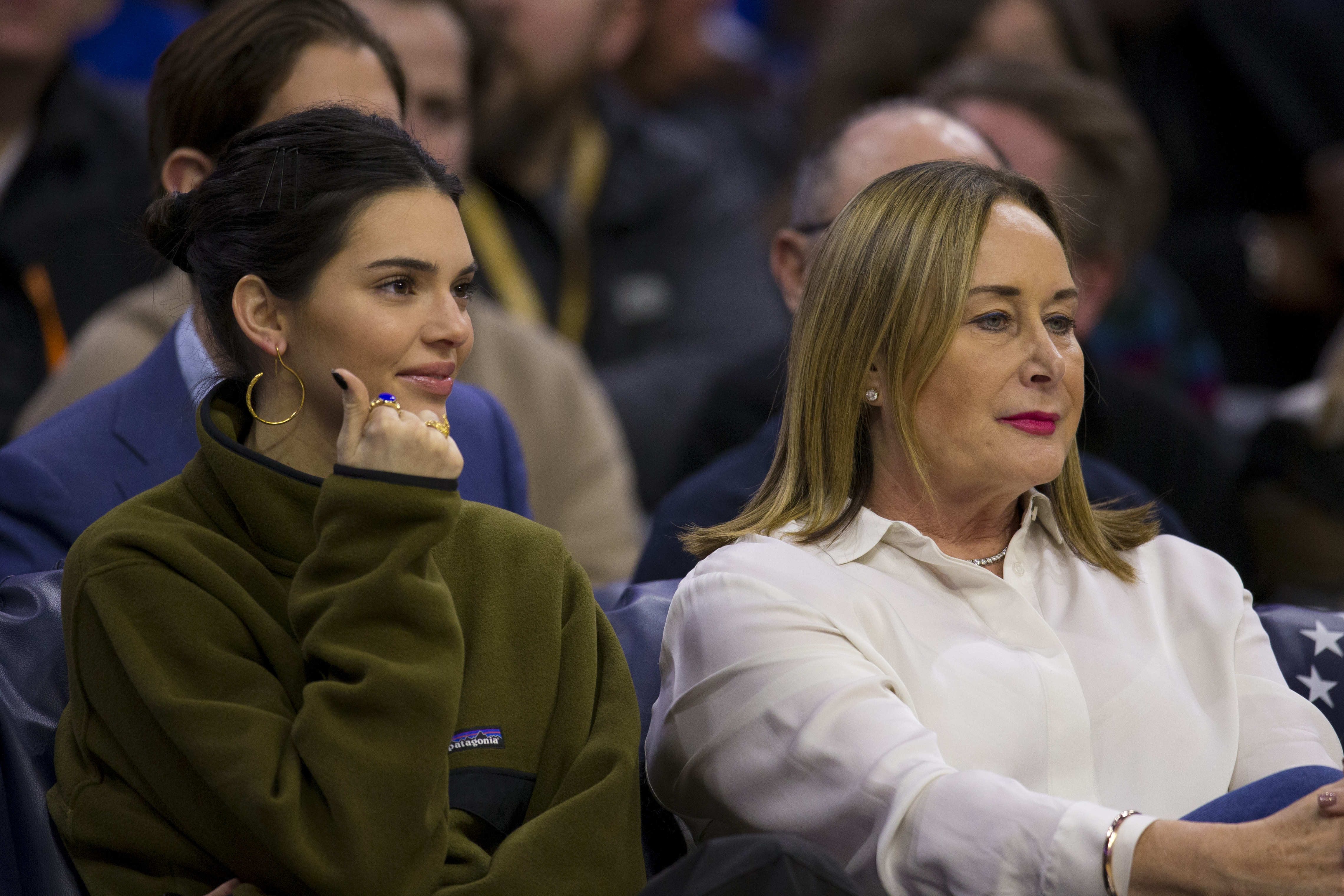 So while we couldn’t get Kris to actually admit that Kendall and Ben are a couple, we definitely gave her the opportunity to deny it, and she certainly didn’t take that out!

You know, like she did when we asked her last time about her rumoured engagement to Corey Gamble…

Take it however you want and maybe this is just wishful thinking on our behalf, but the romantic in us is saying that this is a relationship confirmation!

Kj Show: Cassandra Thorburn Is Doing Dancing With The Stars