Scott Disick made his first celebrity appearance while the mother of his three children, Kourtney Kardashian, stayed at home and watched a movie in bed…

He made his paid appearance at the 1OAK club in Las Vegas, all the while Kourtney was watching Scooby-Doo with the kids.

It’s been three weeks since their break-up went public after nine years together.

Scoobs in bed with my boy. #perfectfridaynight

Kourt has stayed tight-lipped about the break-up, but Scott spoke out last night at the appearance.

“[I’m] just taking it one day at a time,” he told reporters.

“With everything going on right now, I need to be positive for myself.” 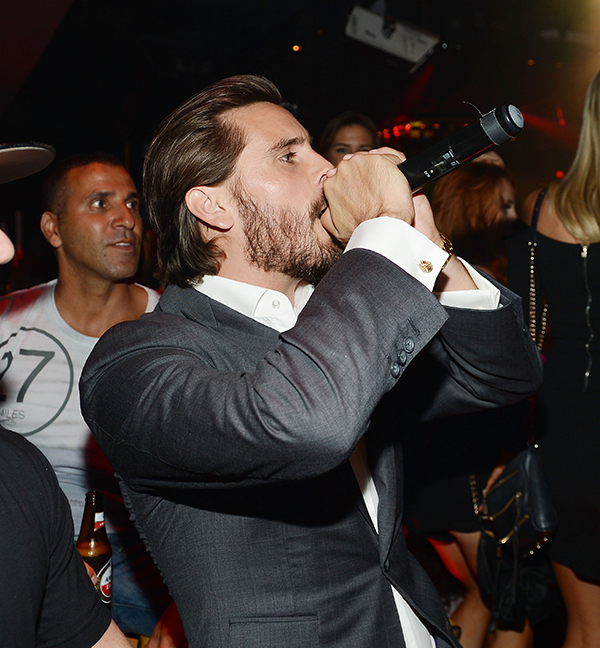 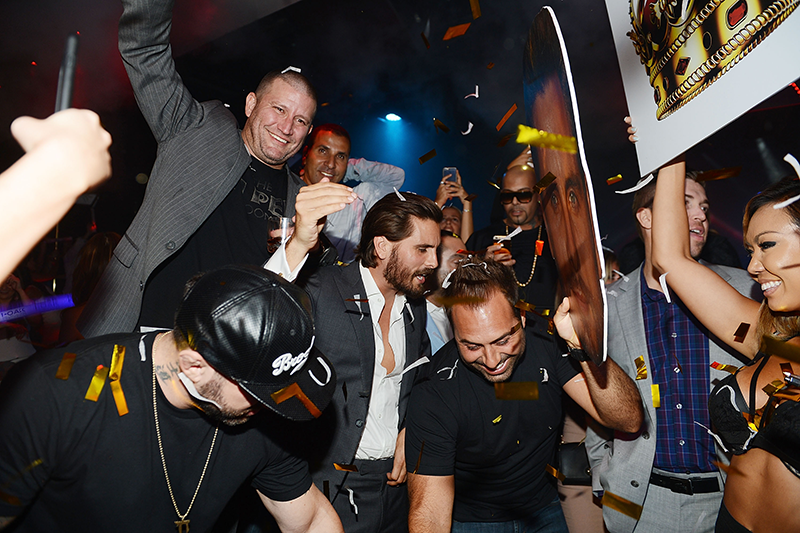 This is what I need right now

Earlier in the day, Kourtney posted for a selfie with her sisters, Kim and Kylie, after shooting a promo for the new season of Keeping Up With The Kardashians.