Kim Kardashian and Kanye West have been in Armenia with Khloe Kardashian and have since taken a private plane to Israel where they had North baptized at St. James Cathedral in the Armenian Quarter in Jerusalem.

Sources have revealed that Khloe Kardashian has been made North’s Godmother but a Godfather has not yet been named. 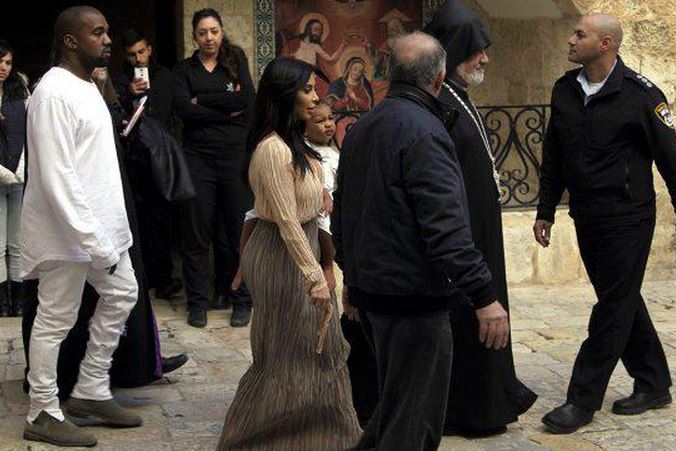 Kim was dressed in earth tones wearing a wrap top and maxi skirt. Little North was photographed in a long white gown and no shoes prior to the ceremony. 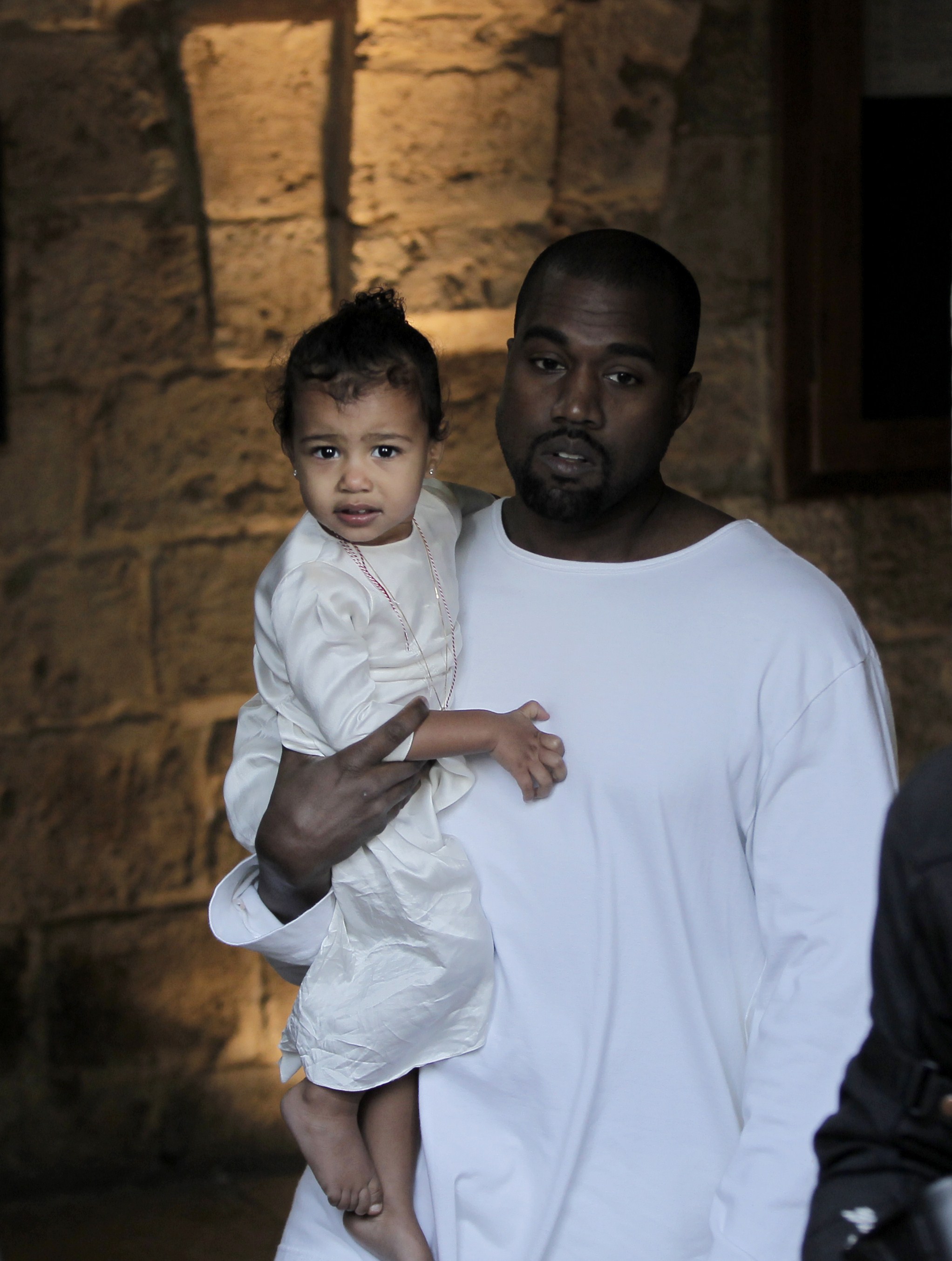 So far their trip around the Middle East has been very eventful with Kanye giving an impromptu performance in Armenia and then jumping into a lake!

Thank you to everyone who came out last night to see Kanye perform! pic.twitter.com/bGDAnWgWsS