She tweeted: “I secretly loved the rumors I was faking my pregnancy bc I was so skinny! LOL Well can’t hide it now!’ she joked, adding: ‘5 month (20weeks) and 20lbs up.”

I secretly loved the rumors I was faking my pregnancy bc I was so skinny! LOL Well can’t hide it now! 5 month (20weeks) and 20lbs up 😋

This tweet came a day after she stepped out in a skintight dress that showed off her growing bump. 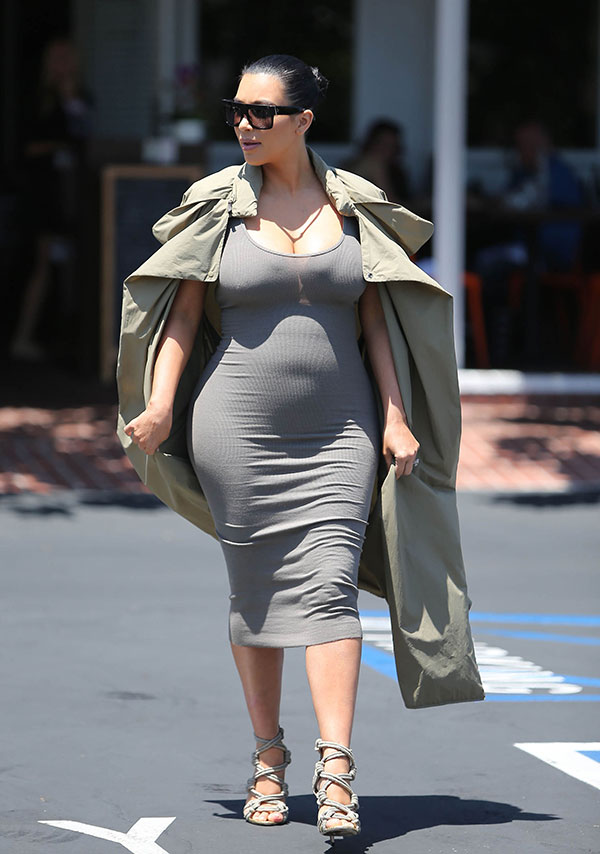 She tweeted a few days ago that her belly was “about to pop”.

I’m at the stage now where I wake up with a flat belly but then as I eat and by the end of the day it pops out! This means it’s about to pop

Kim, 34, and husband Kanye West, 38 are already parents to 2-year-old North, and announced they are expecting a boy.

Kim also announced over her Instagram, that she will appear on the next cover of Vogue Spain, with no makeup! Here’s the teaser pic she posted:

Vogue Spain Cover! We did this whole shoot without make up! Can’t wait for you to see it! @VogueSpain 📷 Theo Wenner @Theo123456 #KimNoFilter