I normally hate sci-fi films and watch them under duress. However, this is not your typical sci-fi movie. Passengers is a whole lot more!

It’s a romantic thriller with a hint of action and loads of drama. It has all the best feelings from parts of the Titanic with a hint of the 1987 hit film the Mannequin.

Without giving too much away, Engineer Jim Preston (Chris Pratt) awakens 90 years early on a spaceship with 5,000 other passengers who remain in hibernation. He has full run of spaceship Avalon in what starts out as quite the adventure, exploring every nook of this highly luxurious spacecraft that resembles a town.

Fairly soon, it sinks in that Jim will live the remainder of his life alone and die before the others awake. His only companion is android bartender Arthur, played by Michael Sheen, giving the movie what might be a saving grace performance.

After a year of isolation, Jim decides to end it all by jumping out of an airlock until he discovers another passenger, the stunning Aurora (Jennifer Lawrence). Conveniently, of all the 5,000 passengers there is a pre-recorded video profile of Aurora.

Jim becomes obsessed with watching the profile and falls in love with her. As a talented engineer Jim discovers the secret to “waking” other passengers early and struggles with the morals of waking Aurora for her companionship. This is possibly the deepest part of the film and one that has been debated about in reviews as Jim makes the selfish decision to wake Aurora, letting her believe that she too awoke early by accident.

The love story ensues but only until Aroura discovers that Jim made the decision to purposely awaken her thus cutting of her future life in the new colony. Many have slammed this as a subliminal message of stalking and some even citing domestic violence. Whilst I understand these connections, I feel it’s a gross over exaggeration of this movie’s plot. 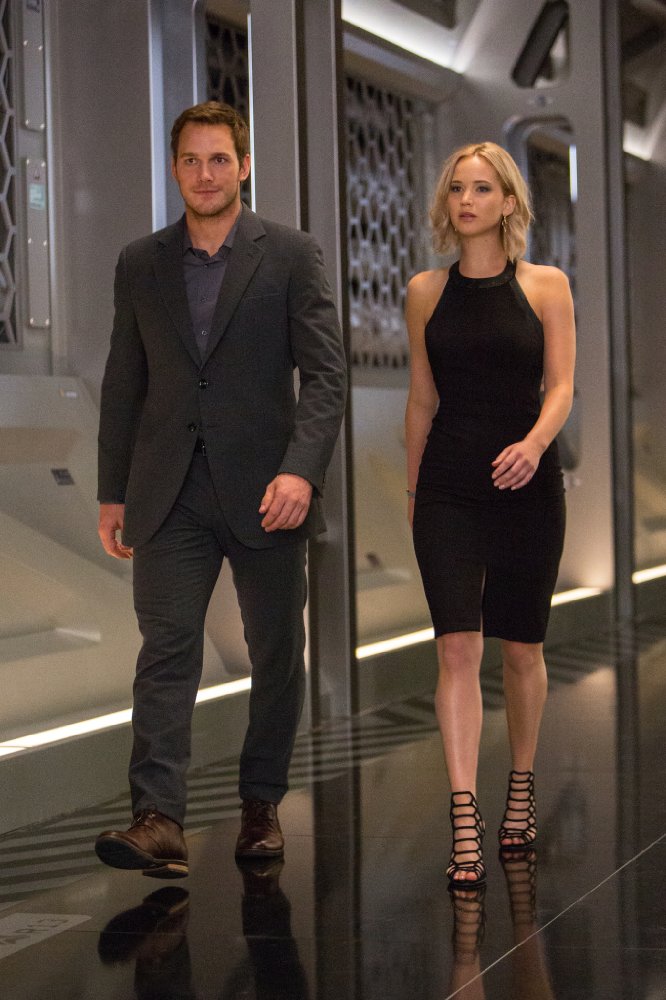 When the ship begins to malfunction the romance story turns to adventure and action where the two must work together to save themselves along with the ship and the other 5,000 “sleeping” passengers. At this time they are joined by another early awakener, the Ship’s Chief Deck Officer Gus (Lawrence Fishburn). In my opinion, this was an entirely pointless addition to the story line with Lawrence’s role lasting as long as this paragraph.

I fail to understand the inclusion and the reported $20m paid to Fishburn for this almost cameo-like appearance. If you were to read it, the remainder of the story line would bore you to tears. However, no thanks to the brilliant cast, the movie remains mildly entertaining and will definitely keep you watching all the way to the end. 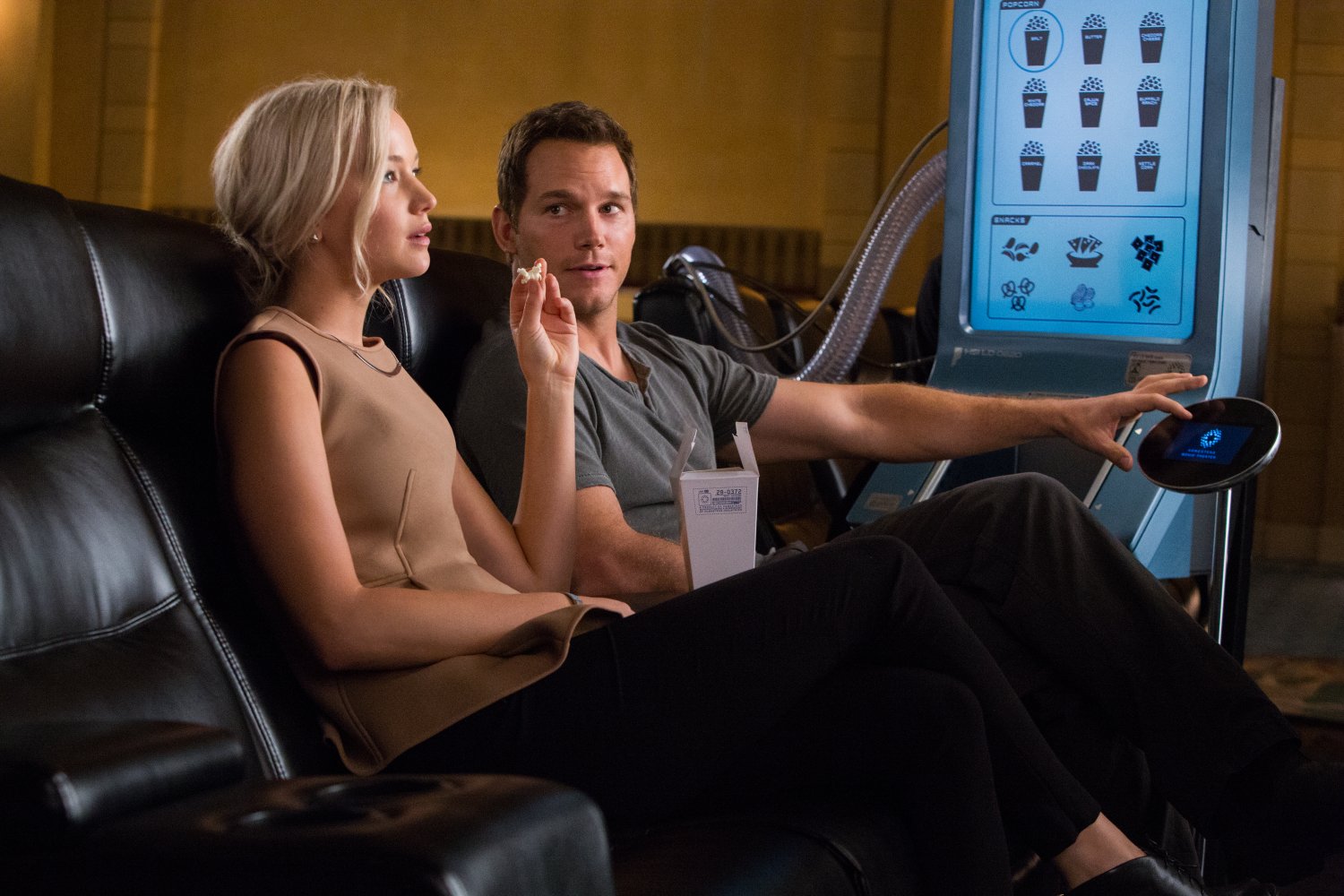 The brilliant although sometimes unbelievable special effects also add to the entertainment of the film. I loved watching Jim and Aurora explore the fabulous spaceship with no rules or restrictions, and the romantic story and chemistry between them.

While the romance definitely made the sci-fi even more believable, I don’t think the story line justified such high profile actors, which seemed to be cast simply to combat this. You will most definitely be entertained by this film and I recommend watching it. It’s exciting, sweet and dynamic. Although, it won’t be winning any Oscars, that’s for sure!