And it’s not all good news.

After falling at a golf resort on Saturday, John Kennerley broke his C2 and C3 vertebrae in his neck – the same injury that made Superman actor Christopher Reeve a quadriplegic.

The 75-year-old was rushed to hospital on Saturday evening after the incident and received surgery on Sunday.

He has been in an induced coma ever since.

John is currently in a ‘critical but stable’ condition, according to ICU staff at Sydney’s Royal North Shore Hospital.

Tragedy for Australia’s much loved TV star Kerri-Anne Kennerley – after her husband John was injured in an accident. https://t.co/dadXWqPsau

But the uphill battle is only just beginning.

“The brain and spinal cord are very unforgiving tissues to be injured, but having said that there is always some chance of some recovery,” Dr Fulde told News Corp Australia.

“You really don’t know what you’ve got, the end result, for quite some time … six to 12 months.

“Nobody can say black or white what is going to happen, but what they can do is start giving a more reasonable prognosis — in other words, how good or how bad it’s likely to be.” 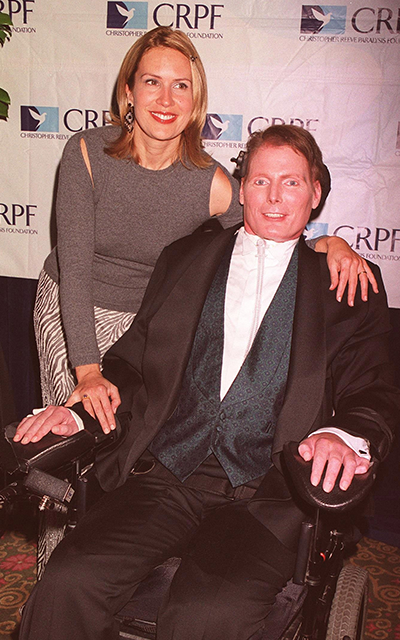 Christopher Reeve became a vocal spokesperson and campaigner for spinal injury research after becoming a quadriplegic when he feel from a horse in 1995.

The severity of his injuries saw him limited to a wheelchair with a respiratory help for the rest of his life.

While he well outlived his initial life expectancy prognosis of seven years (he eventually passed in 2004), he never walked again.

Dr Fulde, however, said medical advancements have been significant in recent years in regards to spinal injuries.

I hope everyone had a fabulous time at #mardigras 🍭🎉🌈 #mardigras2016 @bonvillegolfresort

Kerri-Anne has remained silent on social media, while remaining by her husband’s side.

She did thank wellwishers through a message from her management earlier in the week.

“Doctors tried to remove the ventilator this morning and that was not successful. They will continue to try over the coming days.

“John is in a comfortable condition and is in the best of hands at Royal North Shore Hospital.

“Kerri-Anne would like to thank everyone for their messages of support.”

We hope that he recovers and the couple see the best possible outcome.