It was the moment we were all waiting for.

Kanye got his four minutes (well, seven) on stage, and so many of us were worried about what he was going to do with it.

He spoke about the fact people are coming up to him about Taylor – and in a round about away, explained that that stuff doesn’t matter.

He alluded to the fact that there were more important things in the world to worry about and then proceeded to explain, ‘that’s why I CALLED HER!’

To which he was met with stellar applause. Mostly from wife Kimmy K.

The weirdest part? Was the look on P.Diddy’s face during the Taylor rant. 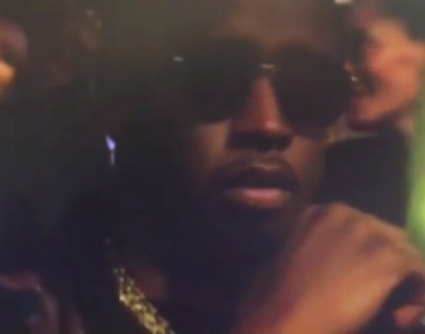