Most MAFS contestants face a lot of critiques online after their stint on the show, however, personally, I feel that Jules has conducted herself with nothing but grace since the moment she appeared on our screens.

So when she’s receiving disgusting comments in her inbox called her fat, I’M IN A RAGE!

Some woman inboxed her just saying ‘You are so fat,’ and nothing else.

Jules, the queen she is, sassily replied ‘Be careful, I hunted down and ate the last person who commented on my weight.’

How good is she. 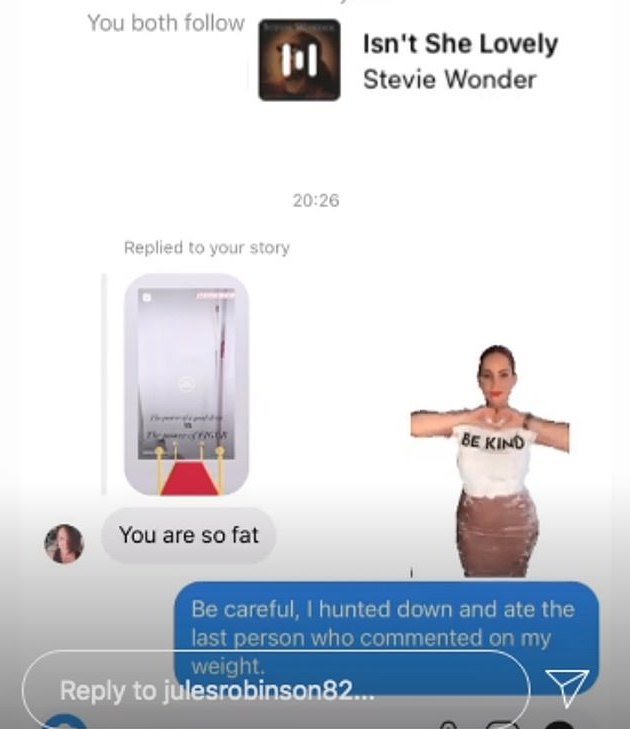 Why do people DO this?!