Do blondes actually have more fun? Well, Jordyn Woods is hoping so.

The 21-year-old model sported her new blonde locks while promoting her latest beauty collection with Eylure Lashes in London, England on Sunday.

Before hitting the red carpet with her platinum blonde do, Jordyn shared her new “lewk” with her 9.6 million Instagram followers, captioning a photo of her laying in bed while her blonde tresses cascaded down her side: “quick switch up for launch day 😁.”

As fans know, Jordyn’s hair “switch up” comes less than three weeks after she debuted a blunt bob on Instagram, which also marked her return to social media following her cheating scandal. “If you’re reading this.. it means God has given you another day to wake up and be grateful & better than you were yesterday💕,” she captioned her short hair Instagram post.

Jordyn is seemingly moving upward on onward following the drama she faced last month. As previously reported, she was at the center of a cheating scandal involving Khloe Kardashian’s boyfriend Tristan Thompson.

Despite claims the incident cost her her friendship with her longtime bestie Kylie Jenner — sources recently told TMZ, “Kylie’s given up on making up and is moving on” — Jordyn has not allowed the drama to slow down her career.

Following her London business trip, she’s also reportedly set to make multiple party appearances in Dubai and elsewhere in the Middle East in the coming weeks. 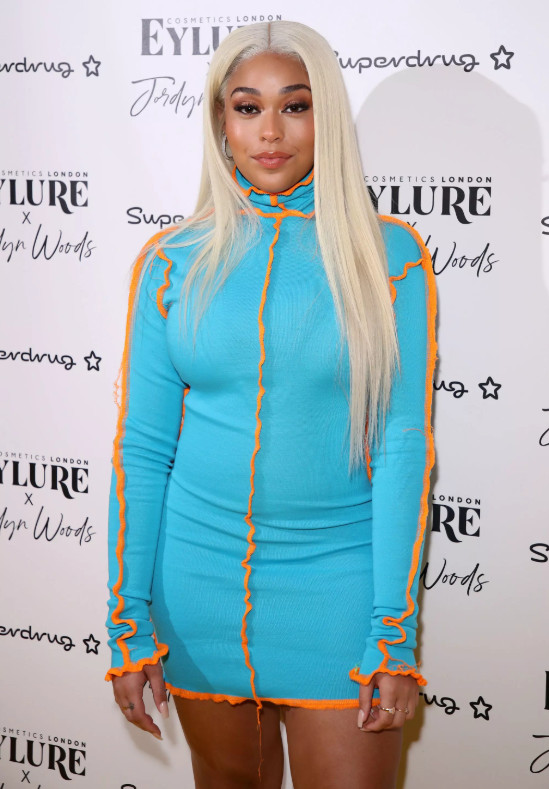