Jason Derulo has set the internet ablaze with an incredibly saucy pic the singer posted on his Instagram.

Striking a pose in a dramatic picture set on the edge of a Bali pool, Jason reveals… a lot. The thirst is real.

Obviously entirely aware of the effect this image was having, Jason took to the comments to tease his fans as they fawned over him. 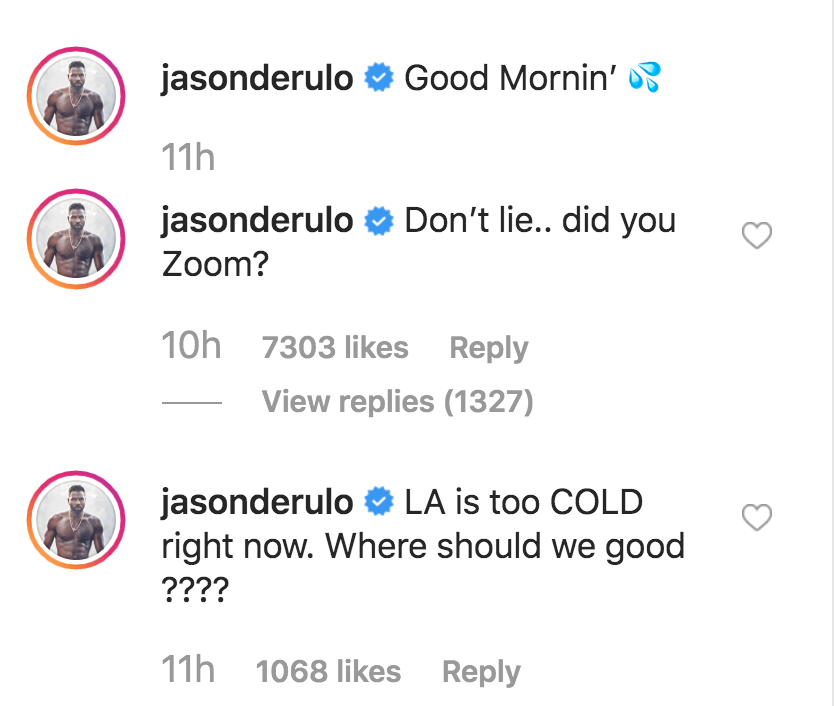 Derulo has since set the image to be his profile picture on Insta (though cropping out the lower half), because he’s obviously just as proud of this as he should be.

Unsurprisingly most of the responses involved some combination of eggplant and water emoji, but this picture will definitely be front of mind any time we hear his voice, or In My Head, as the case may be.

And if you want those images circulating constantly you can always check out Jason Derulo’s iHeartRadio Artist station!