We thought the humble VCR was already dead and buried, but now it looks like it’s finally official.

The last remaining company to produce the machine has announced it will cease production at the end of the month, due to (shock, horror!) declining sales.

Japanese company Funai Electric was still exporting VCR’s under brand names including Sony, but since the introduction of and more recently digital streaming and downloading we couldn’t believe they were still being made!

We thought we’d take a look back to when EVERYONE wanted to own the machine that revolutionised home entertainment.

Back in the early 80’s the biggest choice you had to make (if you had the money to pay for a then pretty expensive machine) was whether to buy a Beta or VHS player. 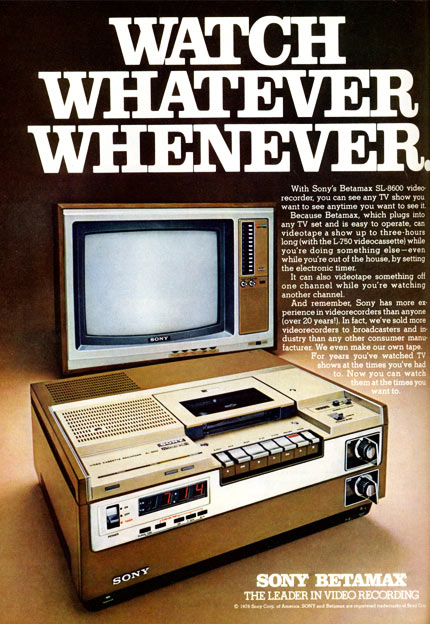 VHS eventually proved more popular compared to Beta as you could record for longer on their tapes, but we wonder if it was because the Betamax machine was almost as big as the telly???

Then we had to decide on buying a top loading machine….

….or front loading! Remember the ‘clunk’ noise the tape would make when you popped it in?

Then we had to choose where to go to rent a movie.

Did you go to Video Ezy….

And remember this guy with the ridiculously deep voice at the beginning of every tape warning against video piracy? (Which we always fast forwarded!)

So with the VCR now officially dead and buried, tell us about your memories, when did you get your first VCR, what was the first movie you rented?

Tell us in the comments below.