Hunger Games star and ultimate British hunk, Sam Claflin has revealed he and his wife are expecting!

At the premiere of the final Hunger Games installment, his wife Laura Haddock showed off a rather sizeable baby bump. 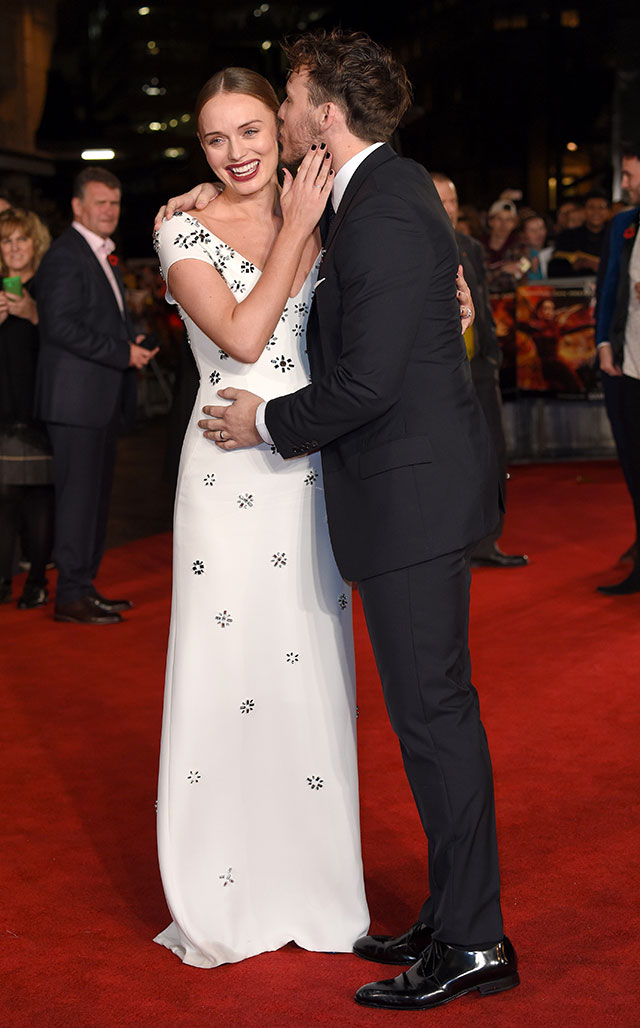 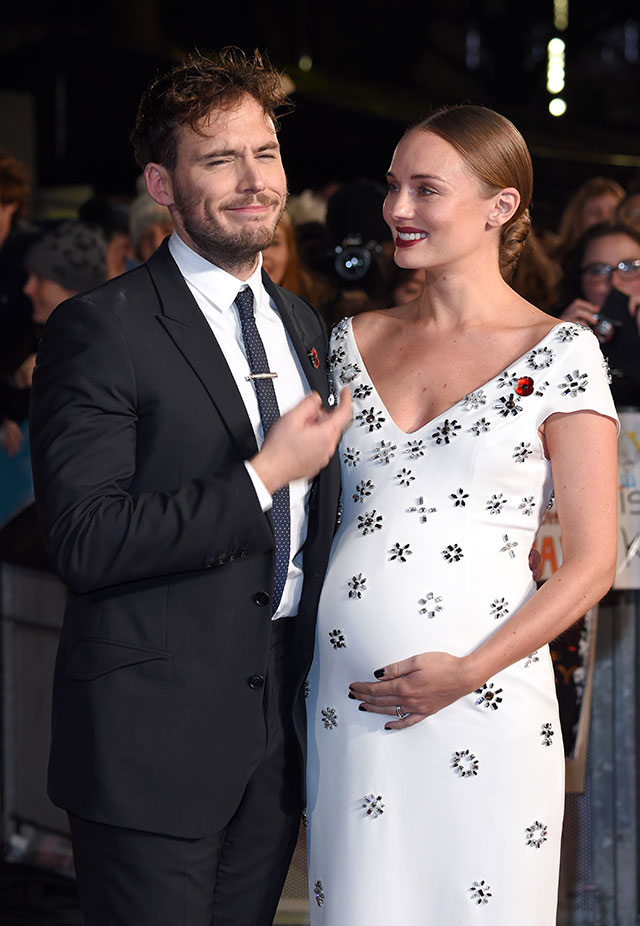 Sam was totally smitten at the London premiere of Mockingjay – Part 2, smiling from ear-to-ear and holding her tummy.

This will be the first child for the pair, who got hitched in July 2013.

Sam, who plays Finnick Odair in the series, is busy promoting the film across Europe with his costars Liam Hemsworth, Jennifer Lawrence and Josh Hutcherson.

He did share some sweet selfies with the cast at the premiere, though…

This adds a couple of extra faces that my picture unfortunately failed to miss. Two of my favourite. But beyond this there’s nearly another 200 I’d love to include. Cast and crew. This is for all of you. And the fans. You ARE the best.  On behalf of all of us, thank you for making one part of this incredible journey so memorable. More to come.  #rhehungergames  #londonpremiere  #mockingjaypart2