Love is in the air for Home And Away star Dan Ewing!

The 31-year-old actor confirmed his new romance with girlfriend Kat Risteska, 25, sharing a snap to Instagram of the dancer wearing a tiny bikini.

“You know you’re dating a chick from the west when she makes writing a Christmas card look Thug,” Dan joked.

He also added the hashtags “ease up cuz” and “will stab you.”

You know you’re dating a chick from the west when she makes writing a Christmas card look Thug. #easeupcuz #willstabyou

A source revealed to Daily Mail Australia last week that Dan – who was previously married to Marni Little – has known the former So You Think You Can Dance contestant for six years but the pair only began dating a few months ago.

The publication claims the couple met again more recently on the set of Home And Away, when Kat had a short stint.

“Marni and Dan have known her for six years,” the source said. “They met when she was 19, because she belongs to the same management group that Dan used to belong to. So they’ve both known her for a long time.”

Adding: “We don’t think that anything was going on when they were married.” 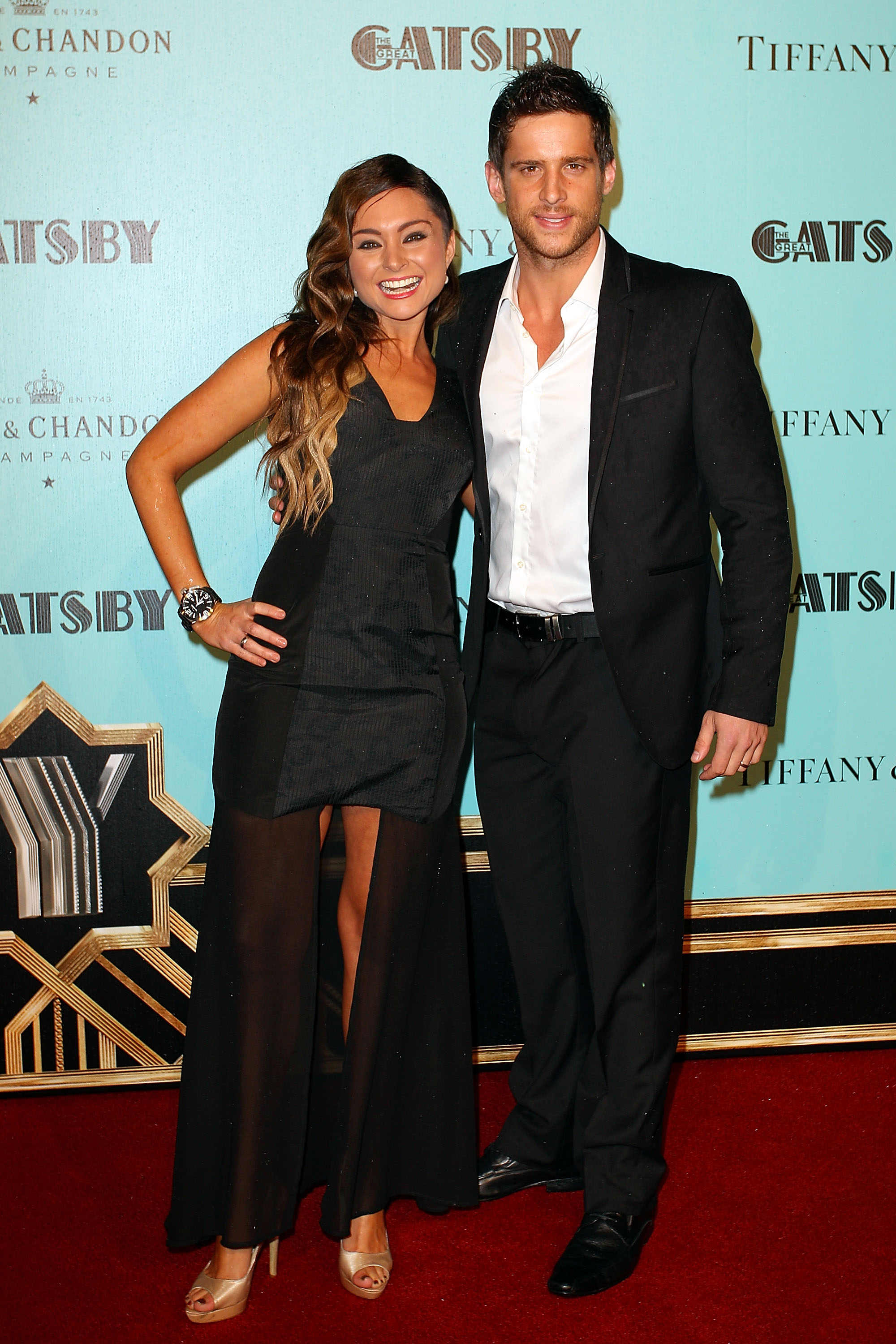 Marni and Dan pictured together in 2013

Dan and Marni split in December last year, and vowed to remain ‘friends’ while they continue to co-parent their two-year-old son Archer Grason.