Well wake us the heck up when September ends because not long after that one EPIC rock concert is set to go down across Australia!

Green Day are on their way Down Under to headline four stadium shows and they’re brining Fall Out Boy and Weezer with them as supporting acts.

The Hella Mega tour will head Down Under for the Australian portion of their world tour in November this year after hitting up Europe, Britain and North America.

They will kick off their Aussie tour in Perth, before heading to Melbourne then Sydney and ending in Brisbane.

The exact dates and locations are as follows:

General ticket sals will go on sale at 11 February 14 with a Live Nation members pre-sale starting at 10am on February 11.

With the group set to put on one heck of a show with all of their classic hits, this is one stadium tour not to miss! Check out more details here.

Can’t wait until the tour? Make sure you check out our special iHeartRadio Album Release Party with Green Day!

You can stream it LIVE here! 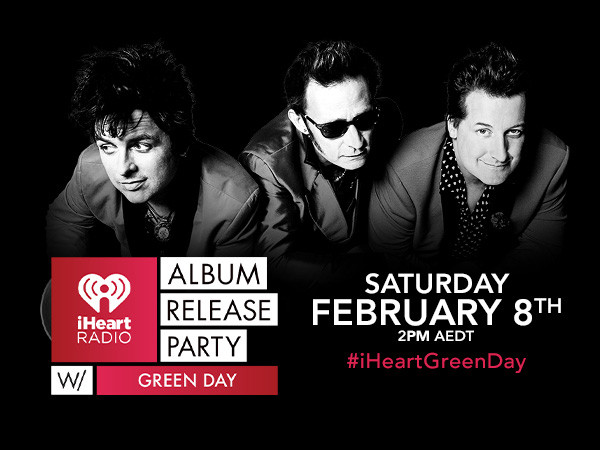