It is no doubt a model and socialite’s worst nightmares.

A massive nip slip while walking the runway of a high end designer.

Camera’s everywhere, eyes purely on you and the ongoing battle inside your head – do you fix it or just keep walking. 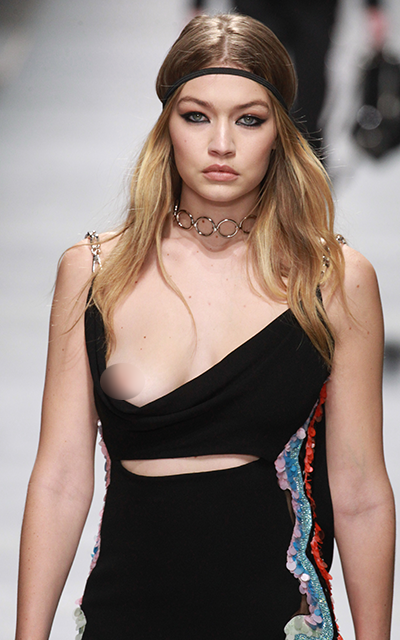 Gigi Hadid was the ultimate professional while walking the Versace red carpet overnight. 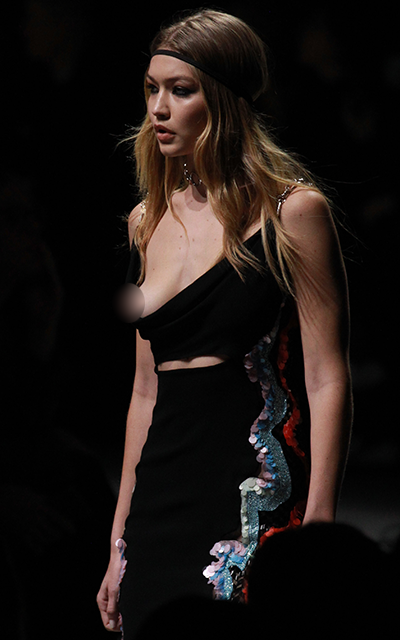 While the gaping neckline of the top revealed a LOT more than she bargained for, she just remained the course and got through it – high five-ing Donatella Versace on the way off the stage. 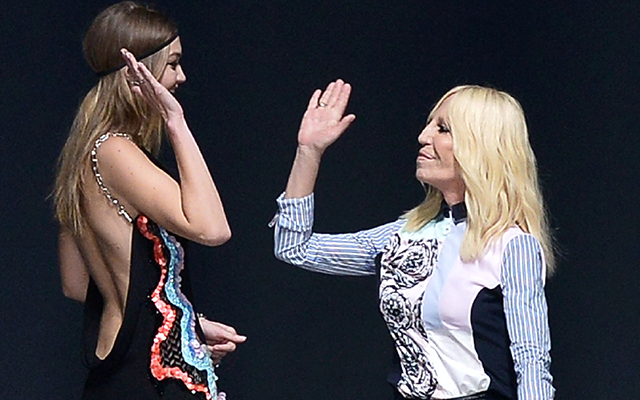 She followed up by addressing the unfortunate incident on twitter.

Wadrobe malfunctions happen on the runway every day of fw & are…unfortunate,lol,but let’s talk instead about the new VERSACE CHOKERS😍😜🤘🏼✌🏼

Serious respect for the girl!!!!