Sometimes, just sometimes, people can get it very wrong – and unfortunately Chloe Ferry got it pretty wrong, according to many.

The Geordie Shore star has been branded ‘shameless’ after posting a photo of herself with her nan, who appears to have passed away, in her hospital bed. 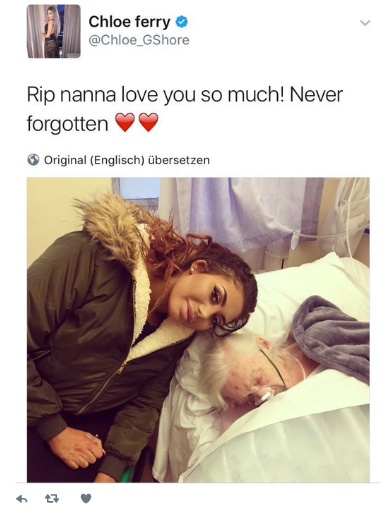 I see Chloe Ferry has deleted the picture of her dead nan. What a strange idea that was

The 21-year-old has received a heap of backlash from her followers and swiftly deleted the snap. One user wrote: “Literally f*cking shameless… f*cking hell.”

Some people believe people should be free to grieve how they see fit, what do you think?