It’s a parent’s job to ask the tough questions and boy is Bachie Richie in for some tomorrow night when he makes his hometown visits.

In a preview for tomorrow night’s episode, one family member leaves Richie stumbling for words when he asks, ‘So have you ever cheated on a woman, ever?’

Cue nervous Richie laugh. It might be a tough one for him to answer considering he’s dating four women at once.

Despite admitting in tonight’s episode that he was still ‘struggling’ to come to terms with the possibility of becoming a step-father, the 31-year-old made the big decision to meet Alex’s son.

While Nikki still appears to be the front runner, Olena managed to steal our hearts tonight, merely for keeping it real.

Not only did she not pretend to enjoy the camping experience, she was honest and didn’t gush over Richie like the other girls. I mean, she’s only been on two dates for goodness sake.

She revealed to the cameras, ‘I’m not developing (feelings) as fast and I’m not giving him my all until he meets my family.’ How refreshing.

Her heinous orange eye shadow did mark her down slightly. 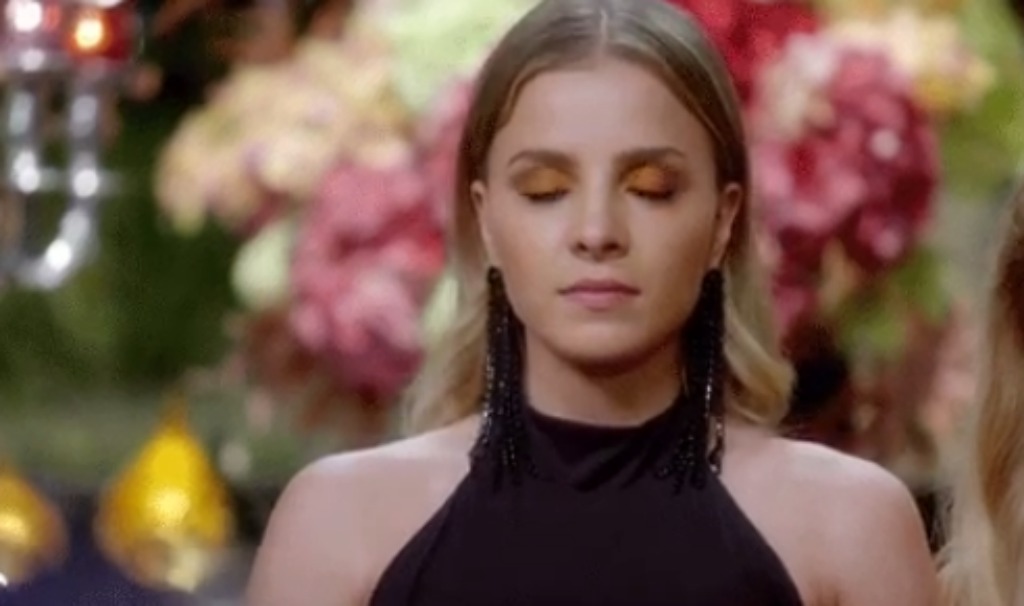