Online website Dictionary.com have access to data about the words looked up by thousands of people at any given moment across the world. In 2016, there was one word that managed to spike and that word was ‘Xenophobia’.

Reflecting on the times, Dictionary.com have officially announced ‘Xenophobia‘ as their word of the year for 2016.

Xenophobia, has been defined by Dictionary.com as “fear or hatred of foreigners, people from different cultures, or strangers.”

It can also refer to fear or dislike of customs, dress, and cultures of people with backgrounds different from our own.

According to Dictionary.com, they aim to pick a ‘Word of the Year‘ that “that embodies a major theme resonating deeply in the cultural consciousness over the prior 12 months. This year, some of the most prominent news stories have centered around fear of the ‘other’.”

Interest in the word was fueled by Brexit (June 24th) and the US presidential election. Searches for xenophobia on the site increased by 938 per cent from June 22 to June 24 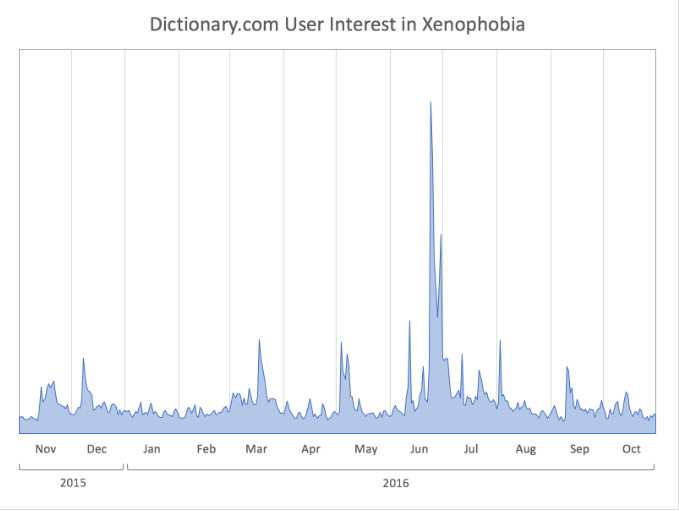 We seriously wonder what word is in store for 2017…