A South Australian man has become the envy of the nation after becoming Australia’s newest millionaire.

The episode which was filmed two weeks ago, shows the retiree takeover the hot seat on question seven. He then blitzes through nine questions correctly to take home the jackpot.

The modest retiree says he’s really not a ‘smart guy’ but compared his brain to ‘velcro.’

Kindly Mr Daly, who’s a committed Christian, has pledged 10 percent of his winnings to ‘God’s work.’ 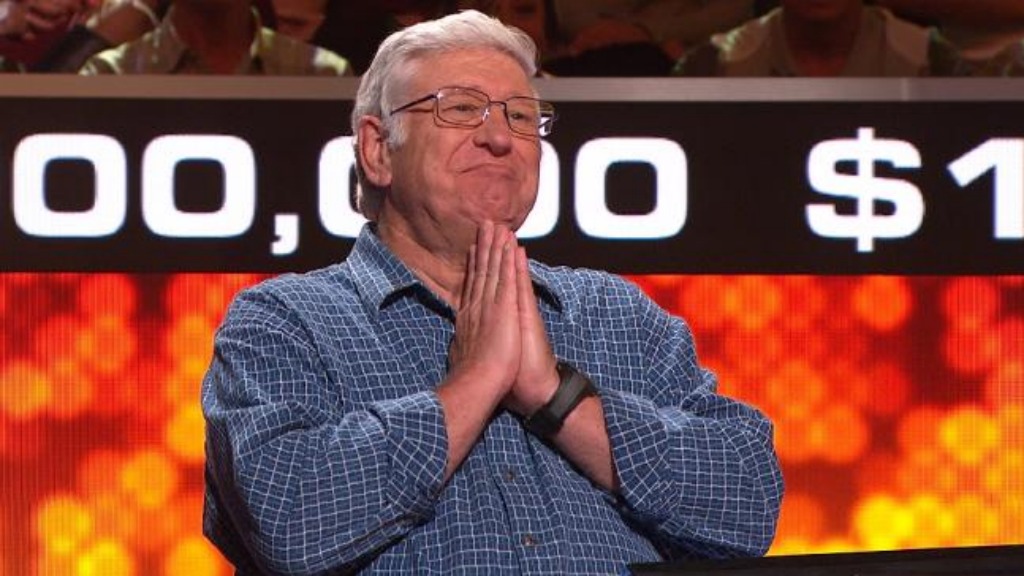 If you think you’ve got what it takes to be the next Hot Seat millionaire, have a shot at the 15 questions that netted Mr Daly his winnings. The question are below – NO CHEATING!

A classic children’s party game based on a chase around a circle is ‘duck, duck’ what?

Which of these is commonly called a “grease monkey”?

Who starred alongside Andie MacDowell in Four Weddings and a Funeral?

The label on a jar of Vegemite says it contains what “vitamins for vitality”?

In Australia, traditionally used for storing clothes and household items for use after marriage is a what “box”?

“Lockjaw” is another name for which disease?

When the Australian city of Darwin was founded in 1869, it was given what name?

Which of these former Australian politicians served the longest term as prime minister?

Which of these celebrities was born Thomas Mapother?

Which of these sports is most similar to ‘korfball’?

Which astronaut served as a US senator for over two decades?

Which of these English royals was not put to death at the Tower of London?

A: Mary, Queen of Scots

Commonly known by his nickname, what was the full name of ‘Banjo’ Paterson?