Belle Gibson, who lied about having terminal brain cancer will reportedly receive $45,000 to appear on 60 Minutes – Channel 9 has been slammed for the decision.

The disgraced “wellness” blogger profited from lying about having terminal cancer and promised to tell “the whole truth” on a 60 Minutes interview with Tara Brown.

Viewers who saw the trailer advertised on Channel 9 this week are outraged, and demand that she donate the money she made from the interview to charity.

The 60 Minutes Facebook page received hundreds of angry comments from viewers, but despite the fury they will air the show this Sunday.

The 28-year-old was diagnosed with a Stage 2 fibrillary ­astrocytoma brain tumour in March.

“Does she understand how serious a disease this is, or know or care about how many people it kills?” she said.

“People have lost so many loved ones from this terrible disease. She needs to donate that money to brain cancer research.”

Just months ago Gibson was forced to admit that she deceived her followers, family and friends about having brain cancer and curing it with healthy eating and natural therapies.

In April it was uncovered that she failed to donate $300,000 from the sales of her App, The Whole Pantry, to charity as promised, and that she made over $1 million in App sales. 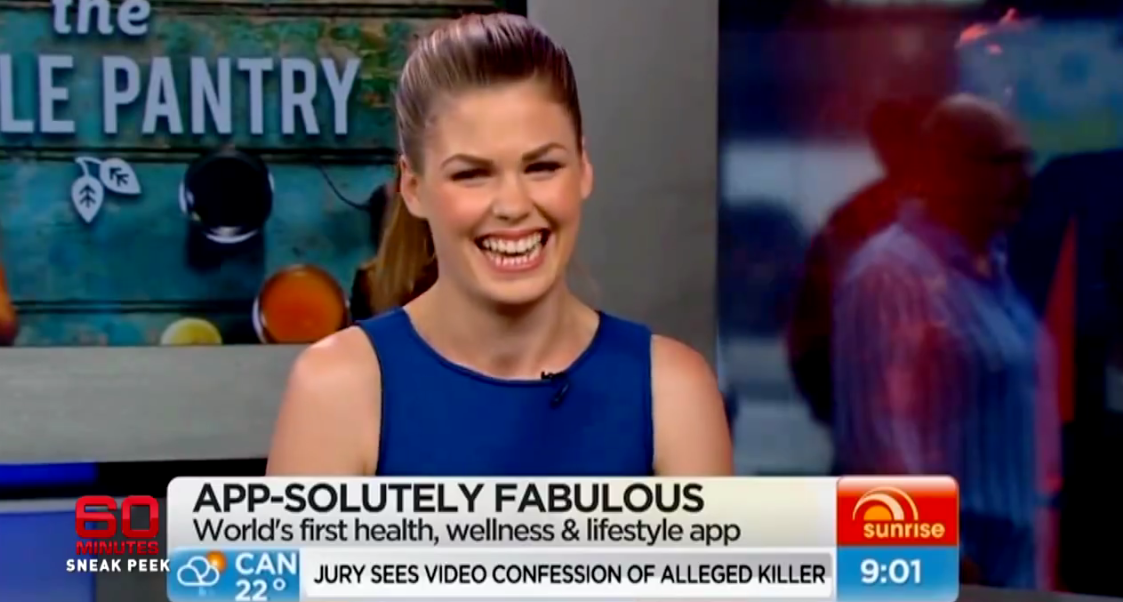 This is the first time she’s appeared on camera to tell her side of the story, and she said she will tell “the whole truth” in an interview with Tara Brown, which will air this Sunday night at 8.30pm.

But in the new trailer that aired last night, it seems Gibson just can’t tell the whole truth.

Brown asked her if she had brain cancer: “True or false?”

“At the time…” Gibson began.

“True.” Gibson replied, insisting that she believed she had cancer, when in fact she didn’t.

“Everyone is probably aware that Sixty Minutes have the Belle Gibson story just as we predicted when [Australian Women’s Weekly] got involved. Belle Gibson indirectly received a large sum of money for this interview, which is about as disgusting as chequebook journalism gets.”

But, Channel 9 told news.com.au: “It is Nine Network policy not to disclose whether any guests on any programs have or have not been paid for their involvement.”

Channel 9 has not commented any further on the pay arrangements made to Gibson.