If you’re a One Tree Hill fan – or just a fan of hot guys in general, you’ll be well aware of just how scrumptious Chad Michael Murray is to the female population.

He’s one of those guys with a consistent air of ‘cool’ around him. He’s the kind of guy that would spend hours preparing the kind of meal you’d mentioned you love once, like six months ago – and surprise you in a truly breathtaking way.

At least that’s what we imagine.

So when he stepped out at the premiere of his new flick, ‘Outlaws and Angels’ in Beverly Hills recently, we couldn’t quite believe it. 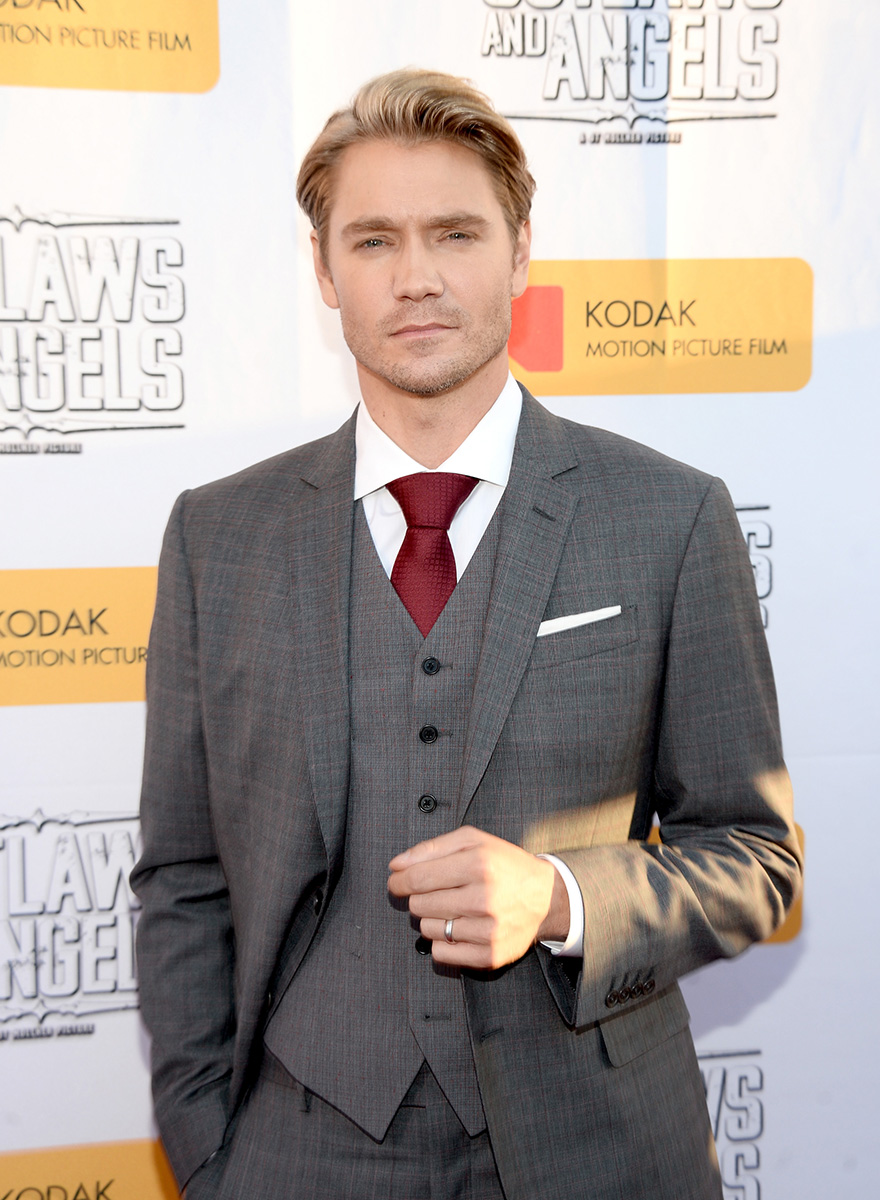 How is it that he’s become even TASTIER with age? No longer a boy, the 34-year-old had his blonde hair smoothed to the side, a hint of stubble and a steely, albeit seductive, stare.

Too bad he’s spoken for eh? He married model and actress Sarah Roemer in 2015 – dang it!

Little did we know there was a spy in the room capturing what our life is really like. #behindcloseddoors @chadmurray15 @mrboardman1