Cara Delevingne has opened up about her prolonged fight with depression, claiming that writing and yoga helped turn her life around.

The model-turned-actress said that she had felt “completely suicidal and alone” and wanted “the world to swallow me up” during her school years.

She said part of her recovery was learning how to say no and “not doing anything for anyone else apart from yourself”.

Of her frantic modelling career, the 23-year-old said: “I had no concept of saying no to anyone, ever. In life you should always experience things but you should say no. It’s more about being in control and not being a puppet.

“Because after a while I just started to get sick and got this horrible thing, psoriasis.”

She said she saw herself like an alien while experiencing the skin condition and felt “more disconnected from myself than I think I ever had”.

Speaking at the Women in the World conference, Delevingne said she reached a turning point and that “I wanted someone to go ‘you need to take a break, you need to look after yourself’. No-one did.”

“I eventually said no and I eventually took a break. I took the advice of Kate Moss who picked me up off the floor passed out.

“I started writing – writing is something that really saved my life. I would read what I had written and it would be like someone else was speaking to me. It was a very strange experience.

“Then after that I found yoga, which was a huge thing for me.

“I was chanting and I got so angry with myself, and I broke through something and I burst into tears which I hadn’t done in years.” 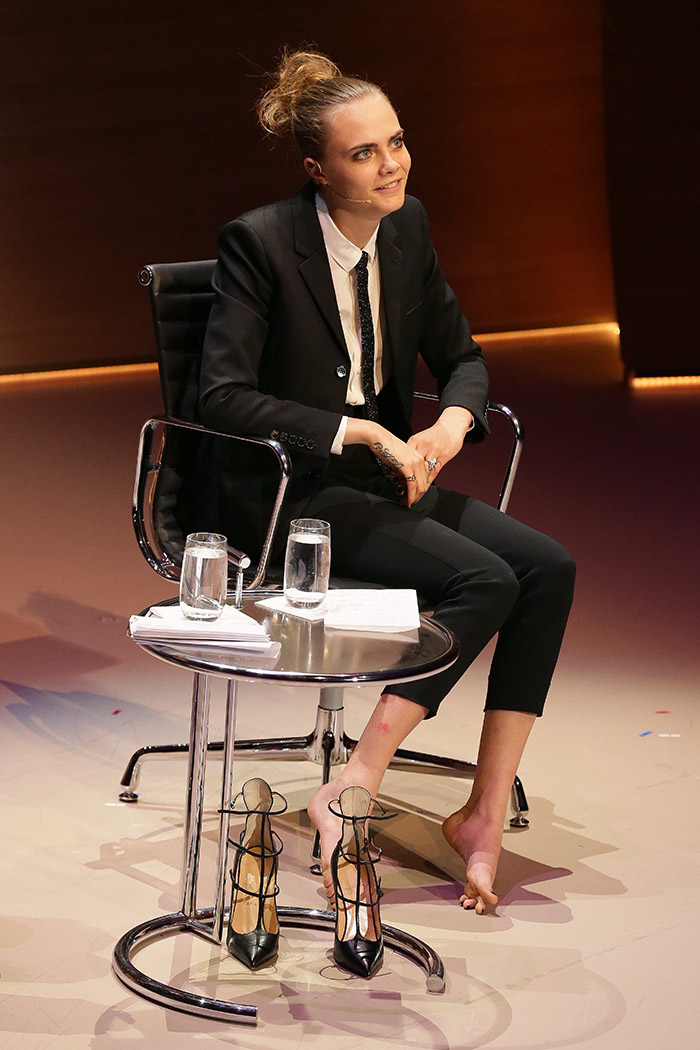 Delevingne also shared a poem that she had written a year ago during a bout of depression.

She read out loud: “Who am I, who am I trying to be? Not myself, anyone but myself.

“Empty beyond the point of emptiness, full to the brim of fake confidence.

Ending with advice for the audience of young women, Delevingne said: “My message has always been to love yourself, to embrace your flaws.

“The cracks within us are the beautiful parts that need to have light shone on them.”

The chronicles of CaKe 🎂