When Melissa White was asked to be a bridesmaid for her friend Bernadette Beahan, of course she said yes!

On the morning of the wedding, Beahan’s phone rang. It was Melissa saying she had gone into labour five weeks early.

“When she called me, I think we both sat on the phone crying to each other for five minutes” Beahan told The Motherish.

“I had a lot of joy and happiness for her and her partner but … it was sad she couldn’t be there getting ready with us”.

White gave birth to her son, Hunter less than an hour later.

In classic non-bridezilla style, instead of making sure everything went exactly to plan, Beahan put her dress on, got her bridal party together and had her wedding photographer come to the hospital for a group impromptu photo shoot.

The photographer, Talitha Rice, said “Bernadette phoned me … a few hours before I was due to begin photographing to tell me the news. When asked if it would be possible to move the schedule to allow a visit to the hospital, I of course said yes and helped her shuffle things around. I always tell couples, ‘There are no rules on your wedding day and you should do whatever you like’ … Bernadette certainly did!”.

All photos are by Talitha Rice Photography 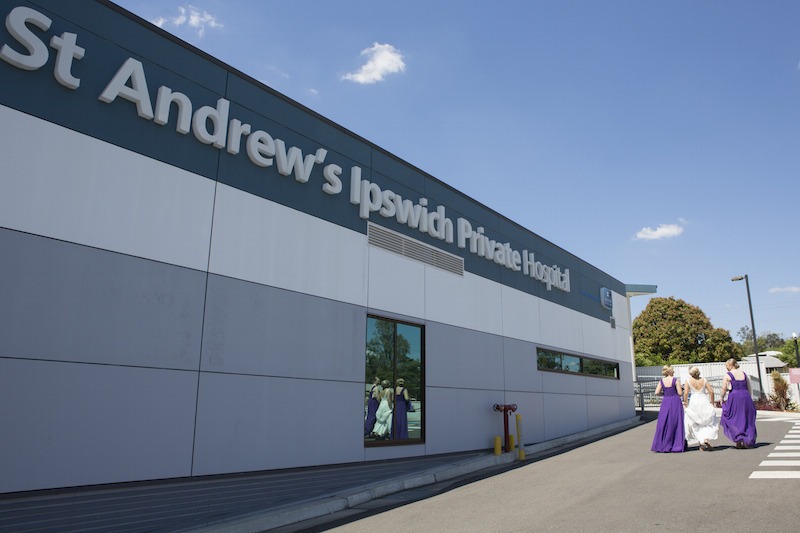 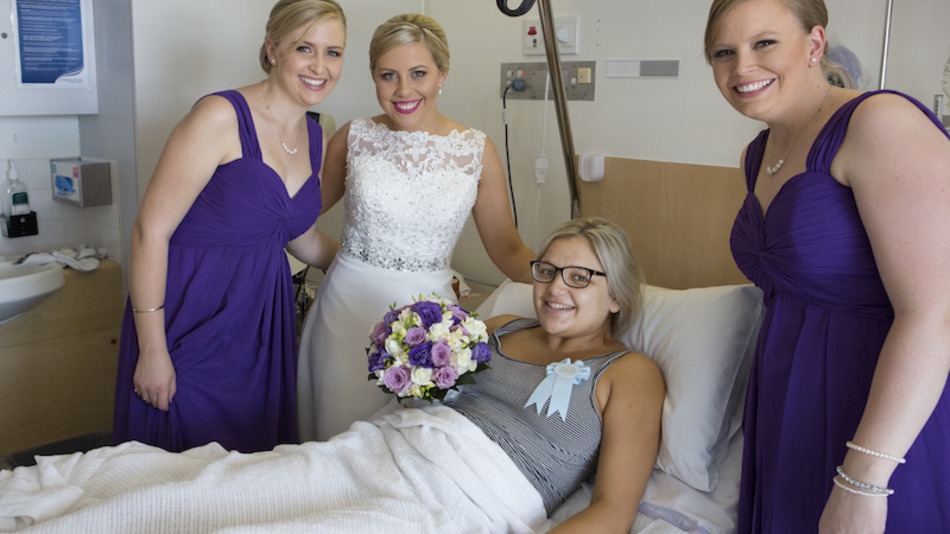 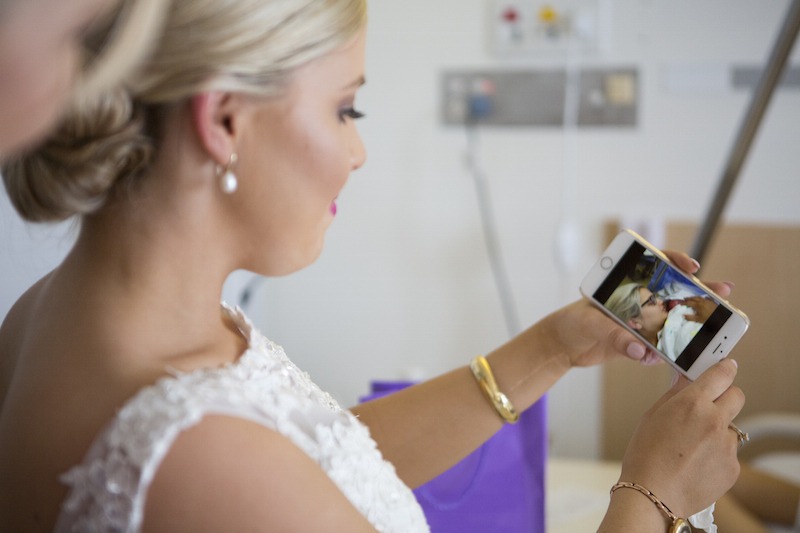