How did they sweep this under the rug?!

Power couple Brad Pitt and Angelina Jolie somehow managed to keep their wedding a secret from the world as they tied the knot in Chateau Miraval in France last weekend.

They said “I do” in a small chapel in a private ceremony with their kids, some family and a few friends.

Apparently the timing was deliberately chosen to coincide with the 10th anniversary of the filming of Mr and Mrs Smith, where they fell in love.

Ange was walked down the aisle by Maddox and Pax, while daughters Zahara and Vivienne threw petals – Shiloh and Knox were the ring bearers.

The kids apparently picked all three wedding cakes at the wedding – one was strawberry ice cream, another was a three chocolate gateau and the third had fresh cream and raspberries.

Brad Pitt wore his wedding band on the set of his upcoming movie overnight… It’s his first public appearance since marrying Angelina.

Both rings are rumoured to have been designed by a friend Robert Procop, who designed Angelinas gorgeous ring – an estimated 16-carat, emerald-cut diamond worth around a cool $500K. 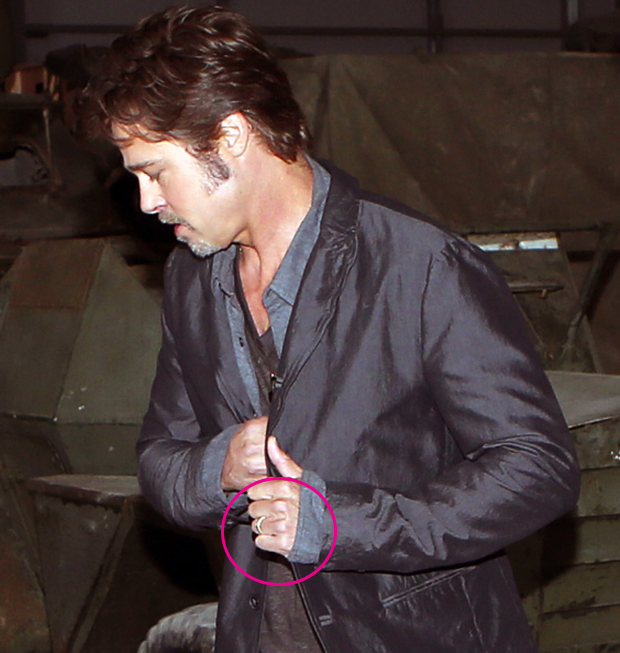