Billboard is one of those media outlets. Why? Well, recently Billboard tweeted a photo of North West eating a lollipop next to Kim Kardashian West with a caption, The apple doesn’t fall far from the tree… before it was swiftly deleted.

We can find the ‘funny’ in so many things, but a 2-year-old eating a lollipop being likened to Kim Kardashian in that infamous Ray J video? 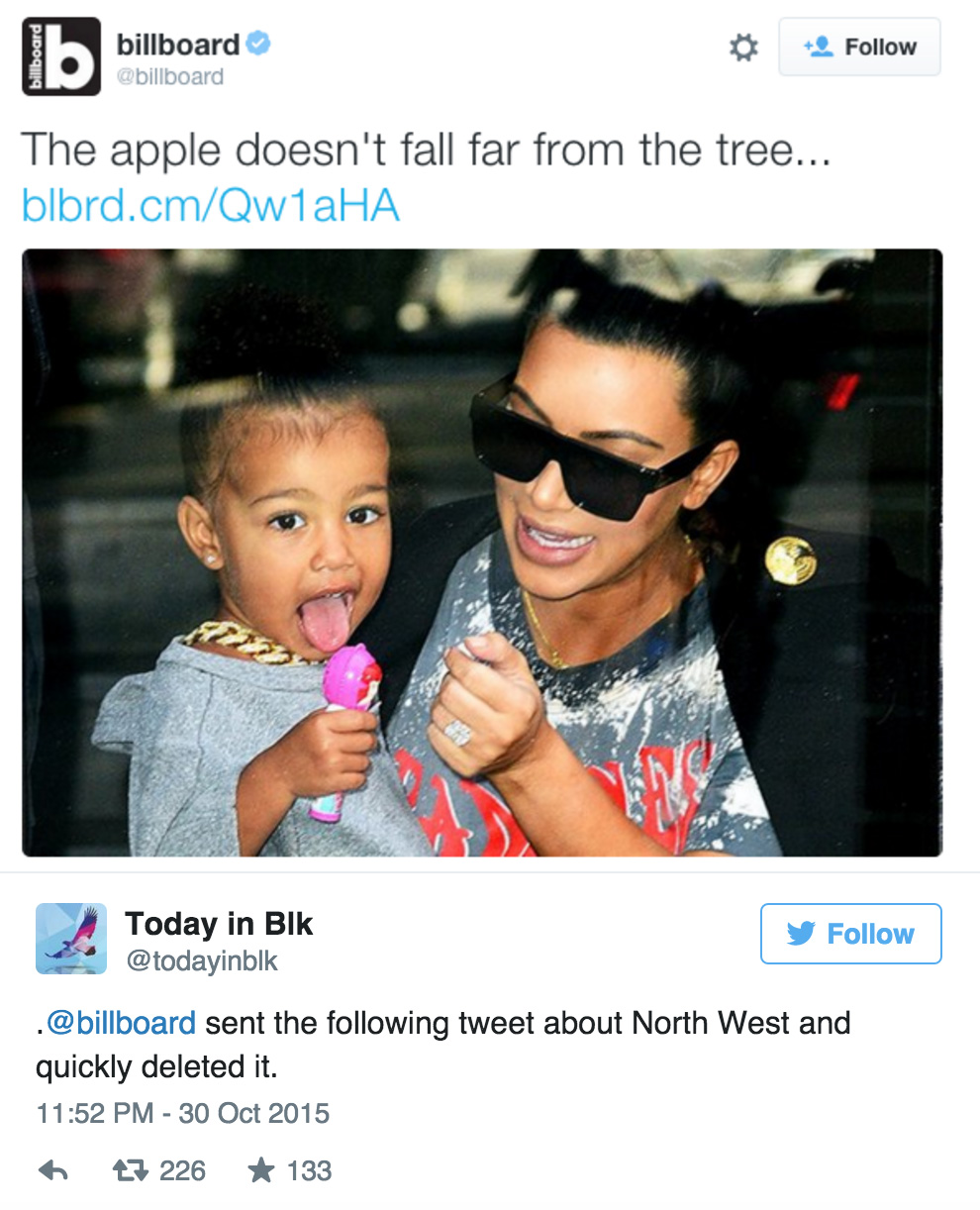 Not cool to sexualise a toddler that way, guys.

Turns out, the internet agrees.

.@billboard she’s a damn baby. An editor should never position such innuendo on the image of a child, regardless of her famous parent.