They call him “The Man With the Golden Arm”, and so they should.

James Harrison, 78, has been donating blood for over 60 years, and his blood helped create the Anti-D injection.

Because his blood has a unique antibody, his donations have saved over 2 million unborn babies from rhesus disease.

He has donated blood every three weeks since he was old enough, because he was thankful for the blood transfusion that saved his life at 14. 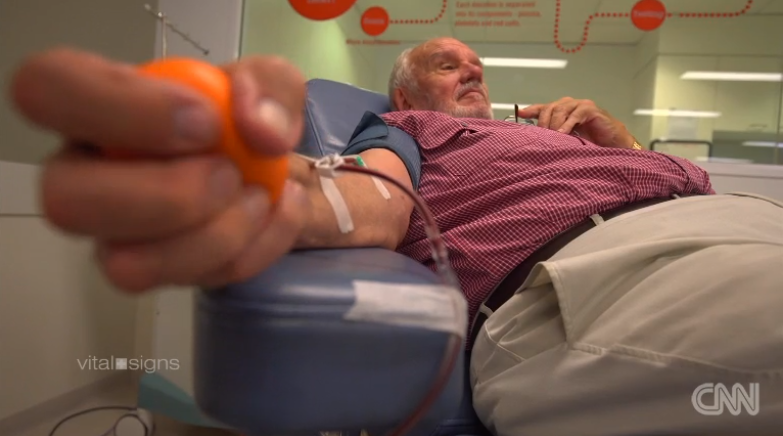 But doctors soon discovered that Harrison’s blood carried a rare antibody that was known to stop women with rhesus-negative blood from developing antibodies against their children, and created the Anti-D injection, which is now routinely used to help women safely carry rhesus-positive babies to term.

“In Australia, up until about 1967, there were literally thousands of babies dying each year, doctors didn’t know why, and it was awful,” Jemma Falkenmire of the Australian Red Cross Blood Service told CNN.

“Women were having numerous miscarriages and babies were being born with brain damage.”

More than 17% of Australian women are at risk, and every life-saving batch of the Anti-D came from Harrison’s blood.

The Australian Red Cross Blood Service are hoping to find more blood donors with similar antibodies to continue donations and save more lives.

You can watch the full video of his story on CNN.