Even the world’s hottest football star has his ‘girl’ struggles..

It seems like Australian women have given the worlds biggest football star, Christiano Ronaldo a tough time during his stay here!

First it was the very public busting of Ronaldo doing the late-night Instagram stalk of Australian actress Margot Robbie that had everyone talking.

Now, according to The Daily Mirror, Melbourne based model Aline Lima has rejected Ronaldo over Whatsapp!

In typical footballer fashion the portuguese soccer superstar sent a series of forward messages to Lima and didn’t care that she had a boyfriend.. requested that she brought a friend when they met up.

Lima, a model and make-up artist, originally sent Ronaldo a message through Instagram asking if he’s recieved a fan message from her boyfriend, Alex.

Ronaldo then requested that Lima sends him photos of her at the gym.

Lima responded saying that her boyfriend wouldn’t want that, to which Ronaldo said “No one knows, baby. Quiet.”

The model instead insisted that Ronaldo meets up with her boyfriend, who is a huge fan of the football star. 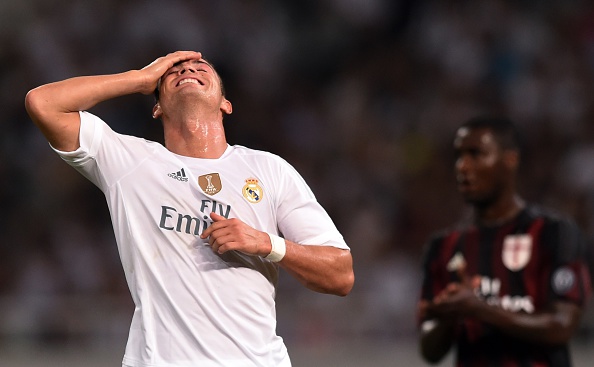