They may have split in October, but Ariana Grande has proven to the world that she still respects and cares for the wellbeing of her ex-fiancé, Pete Davidson.

Ariana Grande has come to the defence of Pete Davidson after the SNL star revealed that online trolls have been encouraging him to commit suicide.

“I know u already know this but I feel I need to remind my fans to please be gentler with others,” the 25-year-old wrote. “I really don’t endorse anything but forgiveness and positivity. I care deeply about pete and his health.” 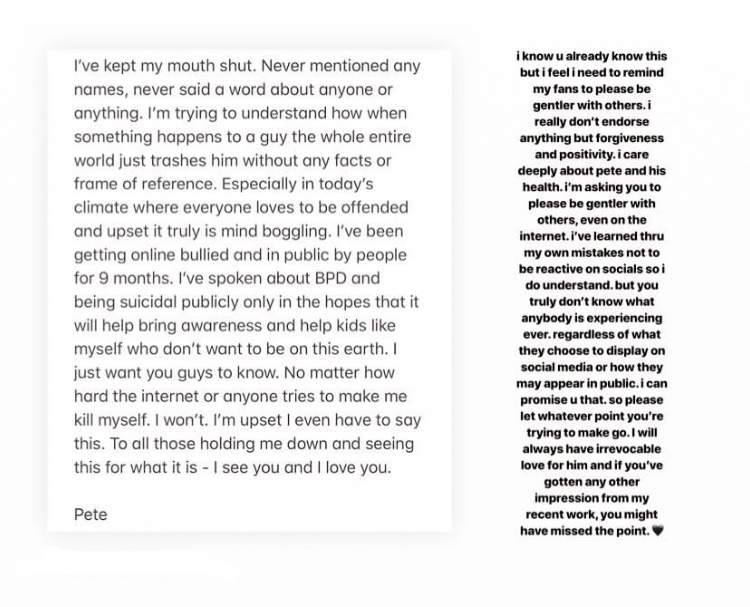 “I’m asking you to please be gentler with others, even on the internet. I’ve learned thru my own mistakes not to be reactive on socials so I do understand,” Grande said. “… but you truly don’t know what anybody is experiencing ever. regardless of what they choose to display on social media or how they may appear in public. I can promise u that.”

It is believed the threats have increased since the release of Ariana Grande’s latest track, Thank U, Next. While the singer thanks her exes in the track, many have mistaken this for shade, particularly with the release of the highly-anticipated music video.

Watch: Ariana Grande’s ‘thank u, next’ music video has dropped!