I’m all for people who think outside the box when it comes to weddings and engagements. But sometimes, just sometimes people head a little too far left of centre…

Such is the case for Jenny Tay and Darren Cheng. Tay, managing director of a funeral home and Cheng, a grief counselor, thought it fitting to combine their worlds and create an engagement shoot that represented them as a couple.

“Both of us are very passionate about our jobs, so I thought, why not?” Tay told The Straights Times. Planning the shoot took three months, photographer Joel Lim said, but it only took one day to realize: “When [Tay] told me about it, I thought it was different, very cool. That’s the reason I took the project.” Tay added that she knew the pictures would be tasteful and not morbid.

The pair chose to pose with coffins, both sitting on them and inside them for the shoot, while looking glamorous and in love.

Check out the pics below! 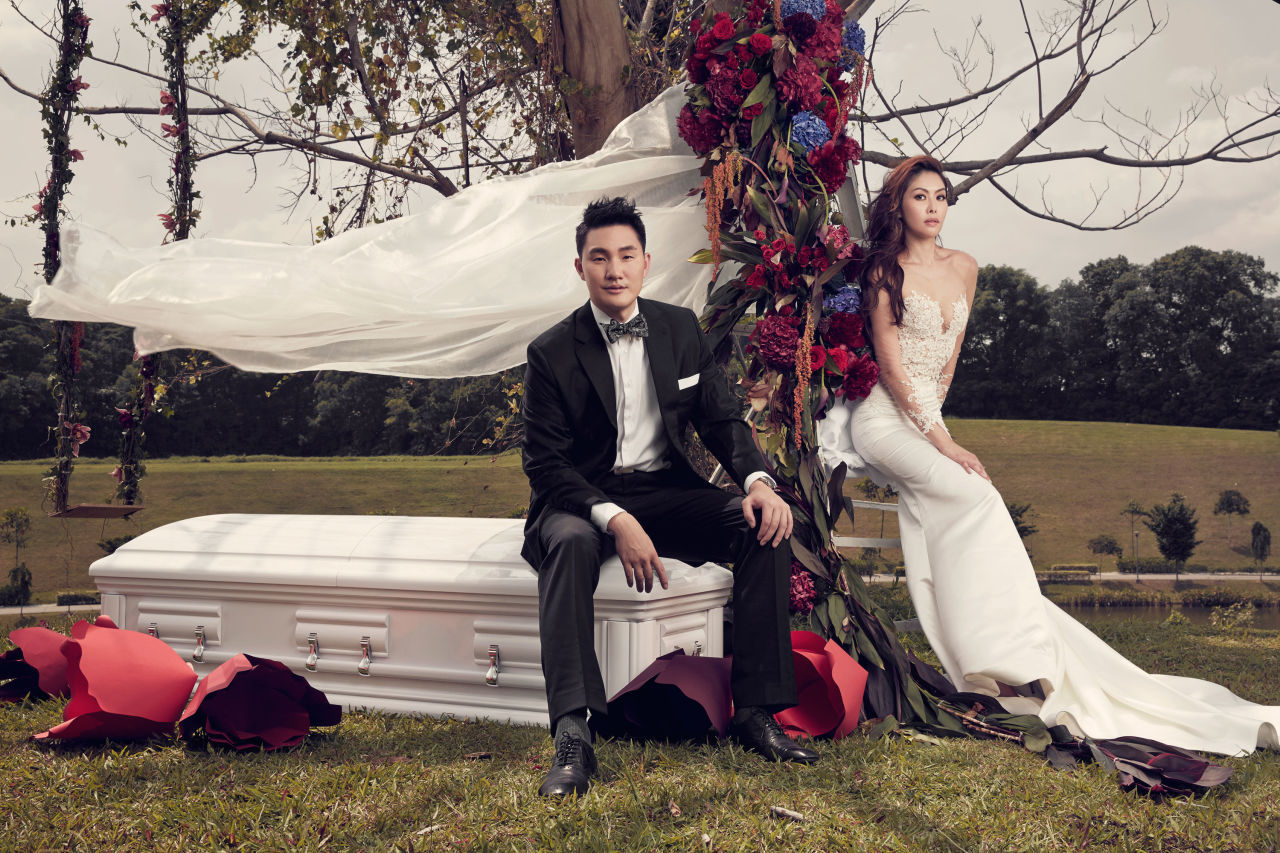 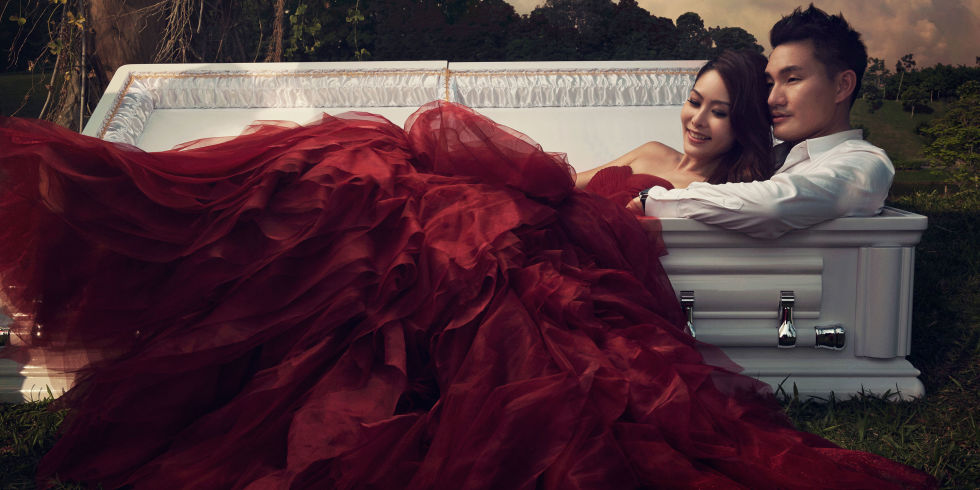 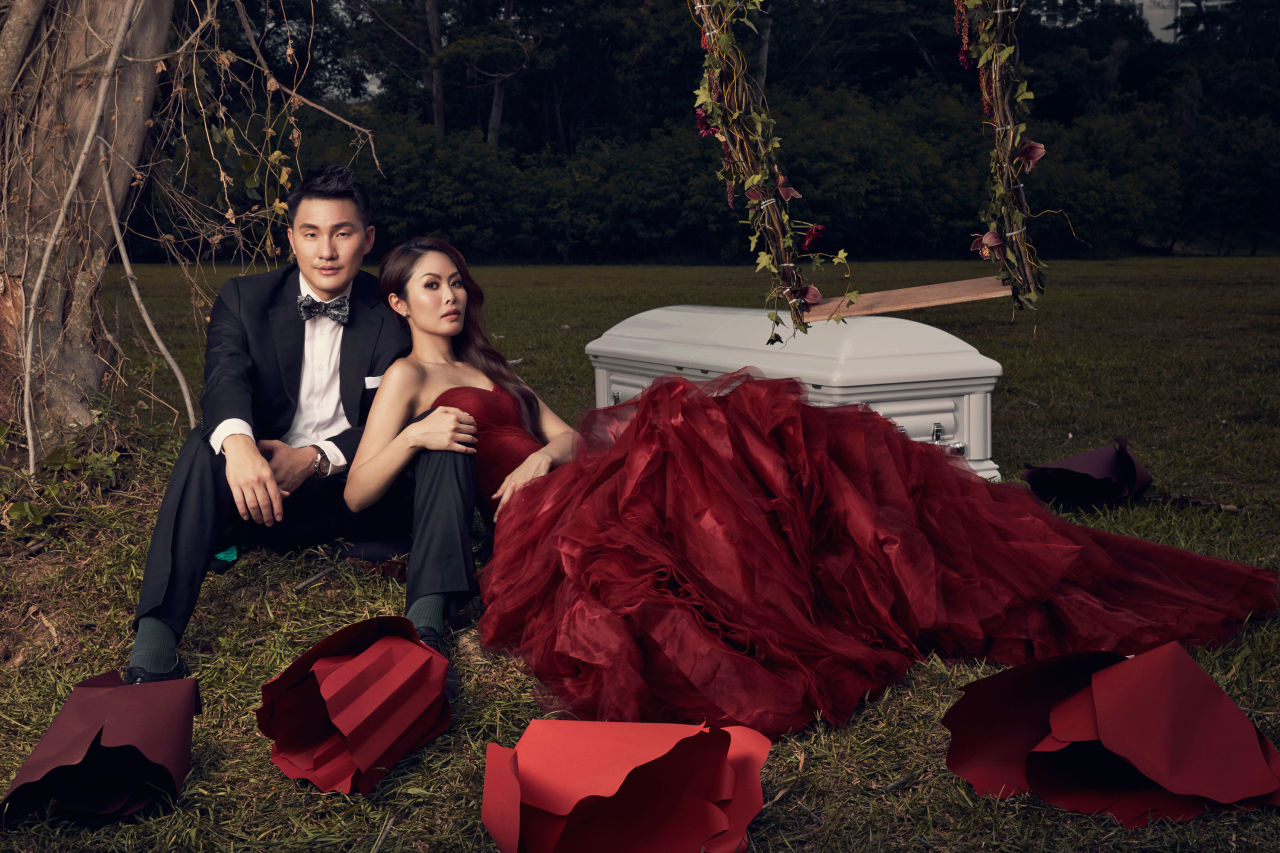 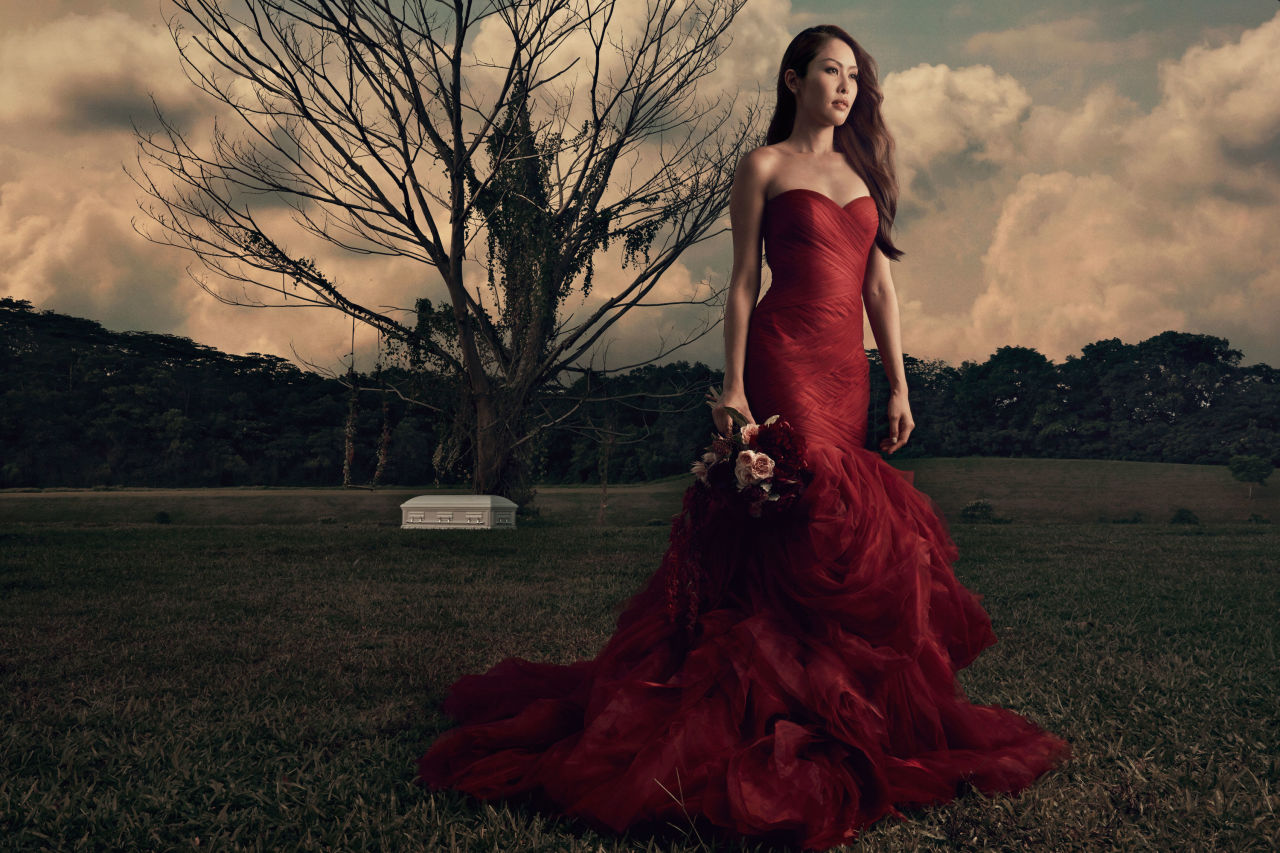 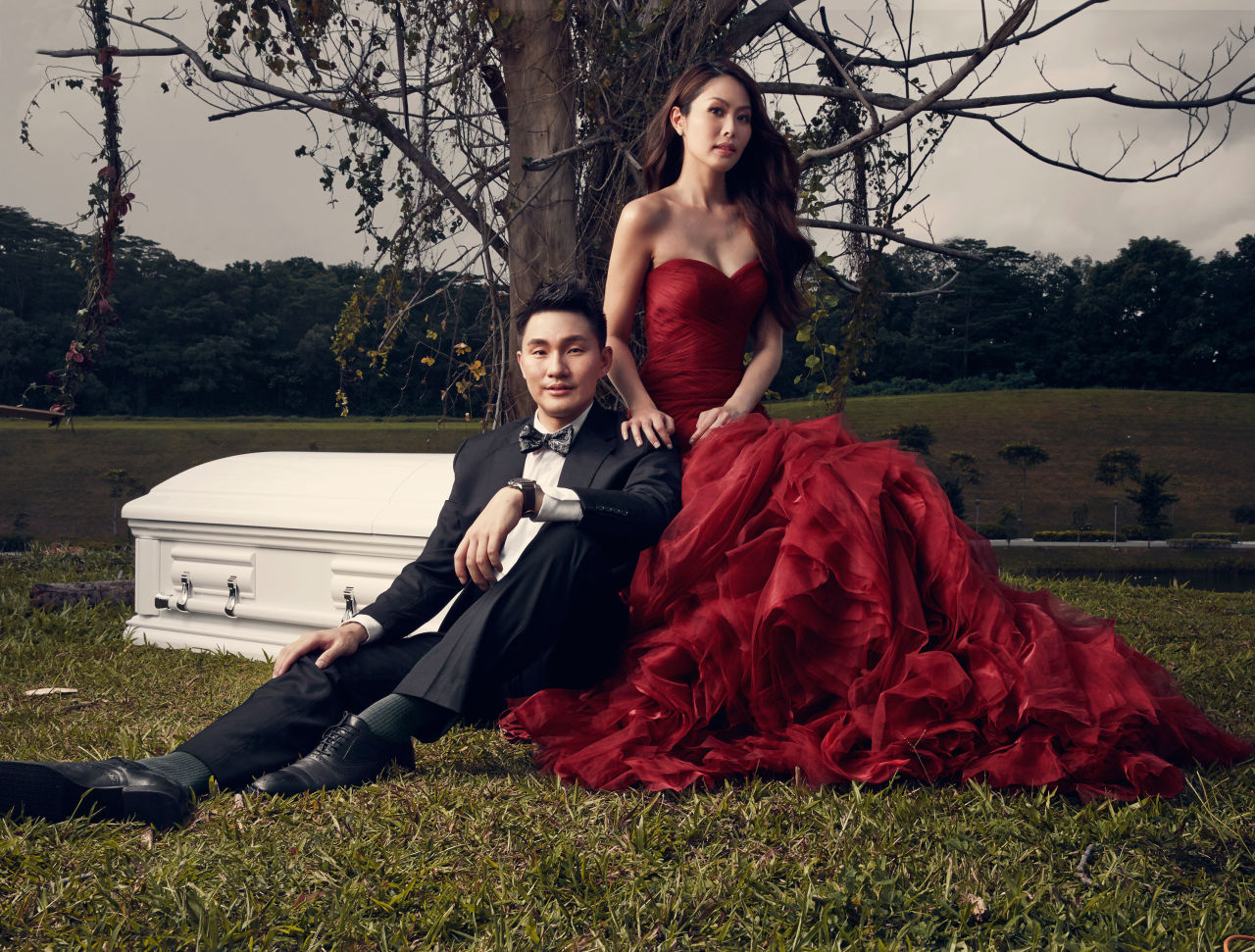