It has been the season of celebrity babies recently and reports are surfacing that another famous bub has been born.

Actors Isla Fisher and Sacha Baron Cohen have added a third child to their family and while information on the newborn’s sex and name is yet to be released, we are sure it is a total cutie!

Yes it is hard to believe that Borat / Ali G / Bruno is now in charge of three children – with Olive, 7 and Elula, 4, rounding out their family.

Initial reports of the birth broke when US Weekly spotted Isla looking very ‘un-pregnant’ at a restaurant in Hollywood but neither rep has been willing to deny or confirm the birth through official channels. 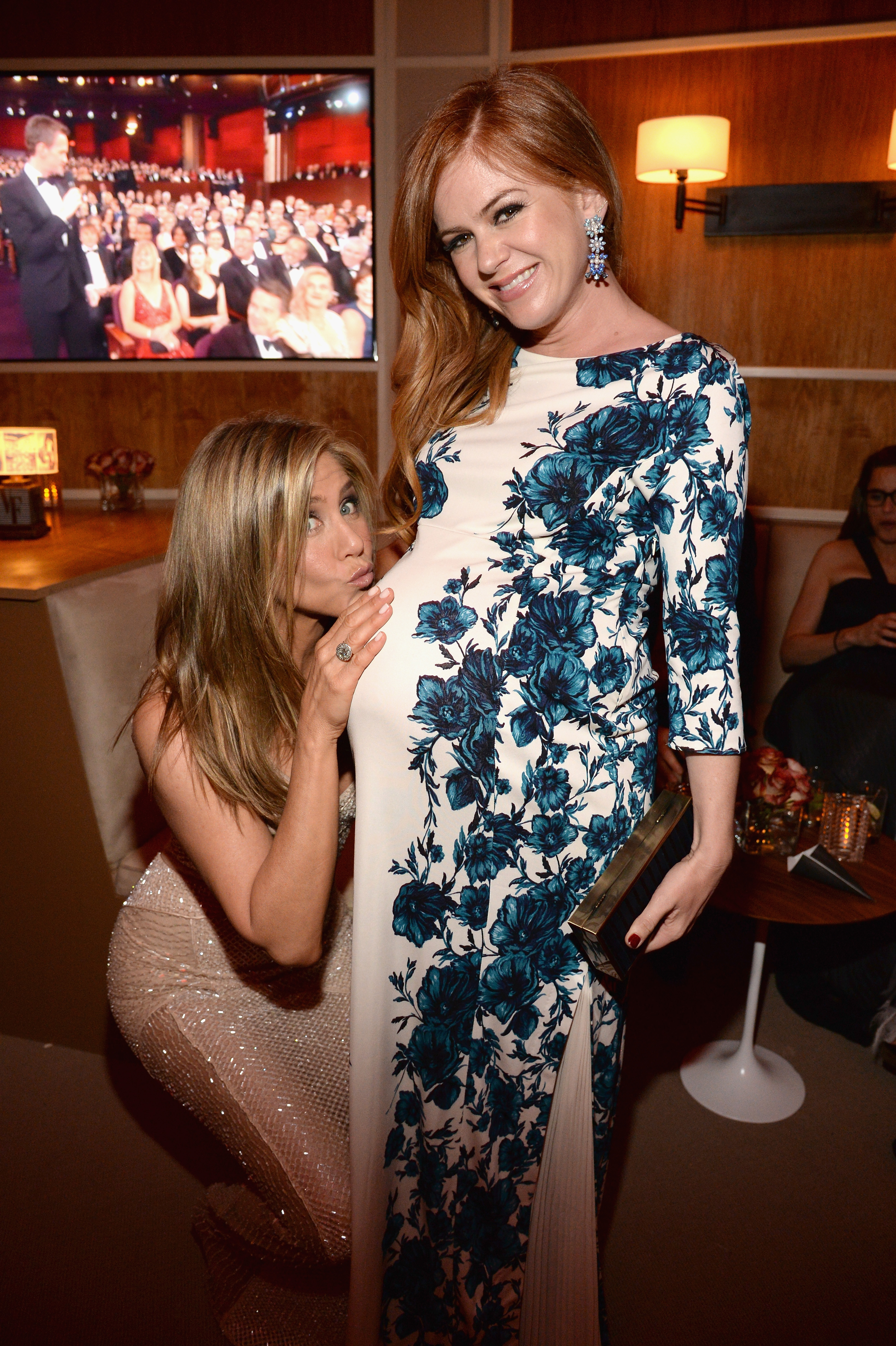 Isla has taken a step back from the acting scene while raising her three children, but was seen out and about with a very pregnant belly earlier this year during the award season.

Who could forget this adorable pic of friend Jen Aniston kissing her baby bump!

Best wishes to the family! And we can’t wait to find out more about this little newborn!