Vivean Gray, the lady who played Nell Mangel in Neighbours has passed away. 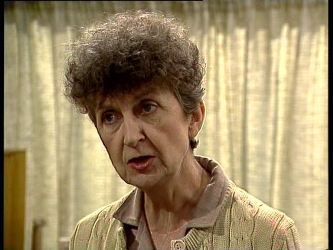 Aged 92, Vivean was born in Cleethorpes in the UK and was most famous for playing two long running characters in Australia soaps.

First she played Ida Jessup in the Sullivans for its entire run before taking on the role of Nell Mangel in Neighbours between 1986 and 1988.

Gray left Neighbours after she got abuse in the street from Neighbours fans who she said ‘’could not distinguish fact from fiction.’’

She then retired from acting.

Gray also appeared in prisoner as Edna Pearson in 1984.

May she rest in peace and our thoughts are with her family.