Michelle Woods was left terrified after her 4-year-old daughter discovered a four-foot long snake in her bathroom just a week after moving into a new house!

Michelle’s daughter, Elishia went to put something in the bin in the bathroom and when she returned to her bedroom she told her mum that “something was moving.”

Michelle thought Elishia was just joking but when she went to the bathroom to investigate she was faced with her worst nightmare. 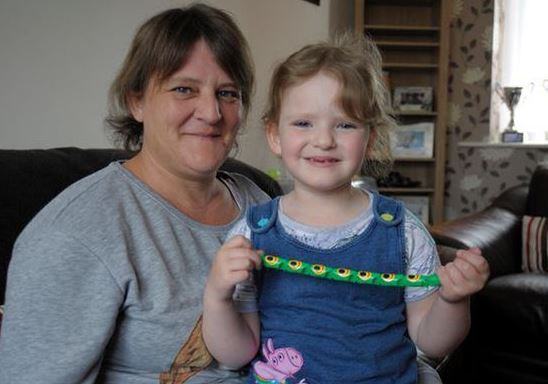 “I went and checked the bin and nothing was there. But then I looked up and I was face-to-face with a snake.”

She slammed the door shut and made sure her cat Smoker was locked downstairs in case it tried to attack it.

Michelle had no idea at the time if the snake was dangerous or not. She couldn’t figure out how the snake had gotten into her bathroom, but believes the previous tenant may have kept snakes as pets. 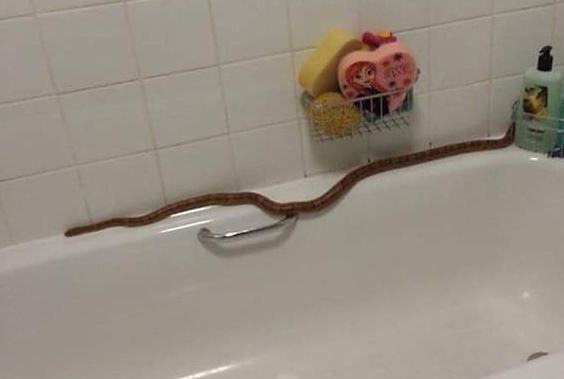 Elishia was the real brave one in the situation, she told Mirror Online, “I wasn’t scared at all… I knew not to touch it. I’m looking forward to telling my friends about it at school.”

Michelle originally rang the RSPCA who told her they couldn’t help, she then posted an appeal on Facebook and within an hour a local woman who keeps snakes had recognised the reptile as a corn snake, a non-venomous species normally kept as a pet.

She went to their house and removed it for Michelle and Elishia.