We all remember how Family Guy accurately predicted that Bruce Jenner was going to become a woman, or already was a woman – whatever – Stewie picked it. See below for a refresher.

However, there’s more. It seems that The Simpsons also knew something we didn’t – and accurately predicted several world events before they happened. Don’t believe me? See the examples below..

#1: The Tiger Mauling of Siegfried and Roy 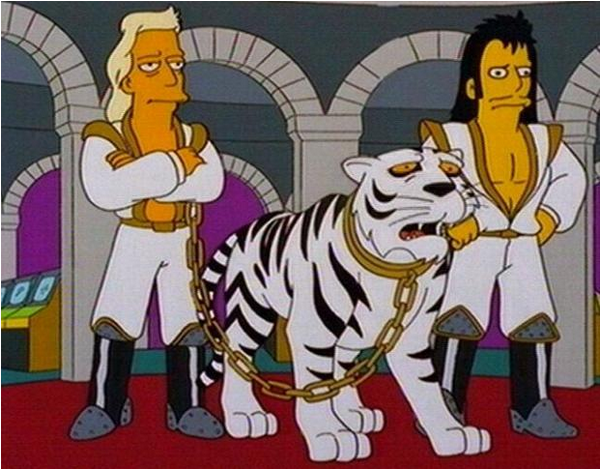 In 1993 an episode of The Simpsons aired an episode where the Simpsons version of Siegfried and Roy (Gunther and Ernst) are mauled during a performance. The same thing happened to the real pair in 2003. Coincidence? Or something greater? 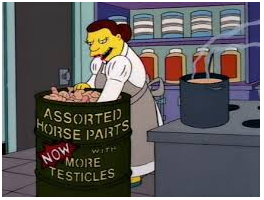 Back before it happened to Burger King in the UK, the Simpson’s elementary school had already covered it in 1994. 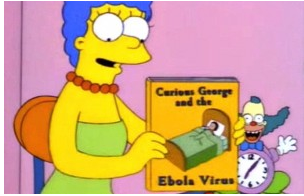 In 1997, Marge holds up a book called ‘Curious George and the Ebola Virus.’ Then Bart points a picture he coloured in, in which he is dead.

Yep, the Simpsons predicted the Ebola outbreak that killed hundreds, how did they know?!

#4: The US Obama/Romney Voting Booth Disaster 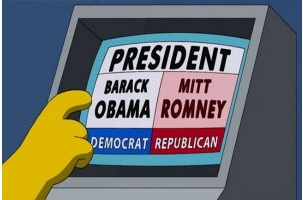 In 2008, Homer tried to vote for Obama, but the voting turned out to be rigged, much like what happened in the real-life event in 2012!